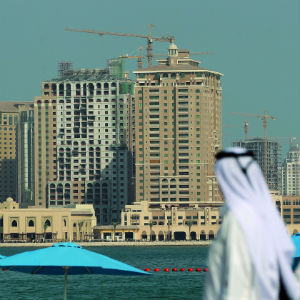 Qatar’s decision to restrict Islamic banking has set a precedent that other regulators in the Gulf will follow, according to investment bankers.

Qatar Central Bank (QCB) surprised markets in February after ordering conventional banks to close their Islamic windows by the end of the year. The move, which is likely to gift market share to Qatar-based Shariah compliant lenders once the ruling comes into effect, angered international banks.

But it seems other jurisdictions in the Gulf are likely to follow QCB’s lead, said Salah Jaidah, Deutsche Bank’s chief country officer in Qatar.

“It will definitely set a precedent in the region, in the sense that most other regulators are now going to provide banks that declare themselves as Shariah-compliant with the full support of segregation-type regulations and how these rules are applied. Kuwait was first to do this, even before Qatar. I expect others to follow,” said Jaidah.

Analysts regard the co-mingling of funds and, in particular, the use of conventional fixed-income deposits to fund Islamic assets as a main reason for the QCB intervention.

It resulted in HSBC Holdings announcing it will close its Islamic banking unit HSBC Amanah by 31 December and migrate staff into its conventional business.

Jaidah added: “QCB deemed it necessary to segregate the Islamic assets to avoid any conflicts at conventional banks. But it’s also a matter of allowing the four Islamic banks a fair market share. This is not unusual. Central banks tend to monitor the performance of banks and what clients expect; if you need to reassure customers over Shariah-compliant assets then that’s what will happen.”

The likelihood is that other Gulf central banks will not change policy imminently, but will instead see Qatar’s decision as a benchmark to monitor the success or failure of the policy.
One Qatar-based analyst said: “Central banks will be keeping a close eye on what happens next before making any rash decisions.”

In the short-term, the rule changes are expected to reduce competition in the Qatar banking sector, with some seeing the edict as a windfall for standalone Islamic banks, which will benefit from a much larger customer base.

Eventually this could force up interest rates on loans to borrowers in the private sector, as choice on Islamic lending is reduced, said Jaidah,

“Real estate has found it difficult to borrow from banks outside of Qatar because of market conditions recently, so loans are naturally more locally syndicated. If borrowers have less choice then they may get tighter terms,” he said.

“In isolation, you could say interest rates on these loans would be higher, but that’s to ignore that Qatari banks are flush with liquidity, which they are. This will offset price rises. But the reduced competition in the Islamic debt financing market could be sowing the seeds for higher costs for borrowers down the road.”

There were also fears that international banks would be barred from activities in project finance, where business had been expected to balloon as Qatar prepared to host the 2022 Fifa World Cup. Rumours were rife that the likes of HSBC would be unable to conduct financing using sukuk, hijra or other Islamic instruments, although they would still have access to conventional finance.

But at this point it seems a conventional bank will still be able to operate on a single transaction or on an advisory basis, but just not through its fully-fledged Islamic operation. A spokesman for HSBC was not available to comment on the rules.

But Shahzad Shahbaz, chief executive of investment bank QInvest, said there will be enough project finance spoils from the World Cup building frenzy to keep all banks busy.

“Financing for Qatar’s vast infrastructure projects, which include the World Cup, will get done the conventional and Islamic method, whether its public equity, private equity, sukuk or bi-lateral funding. We will see increased activity across the board, so there will be plenty to go around.”

He said because the Qatar government wants to avoid empty promises, there is also a greater guarantee that projects will be completed on time.

“Not everything that’s going to happen in Qatar is because of the World Cup. The biggest area in the next 10 years is the infrastructure sector, which includes anything from airports, ports, rail and roads to hospitals, electricity and water. All this has been planned irrespective of whether 2022 was taking place or not. What the World Cup brings is greater logic and sense of urgency to get these things done,” said Shahbaz.

Meanwhile, Qatar unveiled new regulations on consumer borrowing to clamp down on both how much local banks can lend customers and how much interest they can charge.

Qatari citizens can now borrow no more than 2 million riyals ($549,254) on loans with a maximum maturity of six years and 400,000 riyals on loans of no more than four years.

Bankers said the restrictions might reduce profits for banks and hamper the expansion of the retail banking sector.

Net income estimates for Commercial Bank of Qatar, the nation’s second-largest bank, were cut 22 per cent, or 478 million riyals ($131 million) on the rule changes by analysts at Credit Suisse.

For Doha Bank, the fourth-biggest lender, profits were shaved by 10 percent, according to a report to clients. Because the changes “have negative implications on growth, we think the time has come to turn less positive on the sector,” Mohamad Hawa, an analyst at Credit Suisse, said in a research report.

He said that banks’ profit margins would also be squeezed after the capping of personal loan rates at 6.5 per cent, compared to current rates of up to 9 per cent.

Analysts at Dubai-based investment bank Rasmala have since scaled down forecasts of consumer loan growth in Qatar this year to about 5 per cent from 8 per cent to 10 per cent earlier after the new lending rules.

But Qatar isn’t the only country in the region to have framed new rules on consumer lending. The UAE announced regulations earlier this year that came into effect May 1 to curb excessive bank lending and cap some service fees.

The UAE capped personal loans at 20 times a borrower’s monthly salary and its repayment period to 48 months, while overall instalments for all loans, including personal, car, housing and credit cards, must not exceed 50 per cent of a borrowers’ gross salary and any regular income.

Worryingly though for Qatar, local banks, including Al Khaliji Commercial Bank, have said the new limitations undermine any expansion in the retail sector while there exists a small local bankable population.
Qatar has definitely created a buzz around its recent regulatory changes, but too often this has been for all the wrong reasons. Whether other central banks will follow suit with some or all of its new rules is yet to be seen, but they will no doubt be looking to learn lessons from any of Qatar’s missteps.