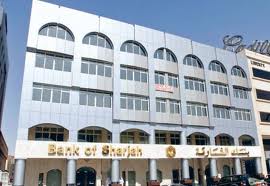 Bank of Sharjah reported a net profit of Dhs79 million during the first quarter of this year, up 13 per cent from Q1 2013.

The lender said that it continued to grow its loan book during the period while maintaining the structure of its balance sheet with high levels of liquidity and capital.

Loans and advances reached Dhs13,426 million in Q1 2014, up six per cent from figures reported during March 31 last year, and just two per cent more than those reported during December 31, the bank said in a statement.

Total assets grew to reach Dhs24,536 million in the opening months of 2014, up five per cent from those reported in March 2013. But total assets declined slightly compared to the period ending December 2013.

The bank attributed the fall in total assets to a decline in customer deposits.

Net interest income also declined by 12 per cent year-on-year, the bank said. This was mainly due to an overall decline in market rates and because high liquidity by the bank is placed in money market instruments generating negligible yields.

Net operating income rose four per cent to reach Dhs134 million as a result of an increase in non-interest income, the Sharjah-based lender said.

“2014 will reaffirm the importance of the bank’s business ‎model as a corporate and investment bank whose resilience against external ‎financial instability sources has allowed it to move beyond the financial crisis and lay the groundwork for sustainable growth,” said Varouj Nerguizian, Bank of Sharjah’s director and general manager.

Bank of Sharjah executives told media last year that the lender expected net profit growth of around 25 to 30 per cent in both 2013 and 2014. The bank posted a profit hike of 20.4 per cent year-on-year during the first nine months of 2013.