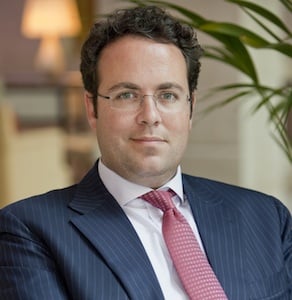 With its 200,000-strong Palestinian community, sophisticated banking system and ease of setting up business, “Dubai is a natural choice for the bank,” said Hashim Shawa, chairman and general manager, BoP.

“Due to the onset of the Arab spring and uncertainty in global markets, Dubai stands out as a safe haven for us. The city has a thriving Palestinian community, who already make up three per cent of the bank’s shareholder base, and it also has strong trade and business linkages with Palestine.”

Rasmala Palestine Equity Fund, which is the first equity fund focused on Palestine, was launched in Dubai by Rasmala Investment Bank in partnership with BoP and other institutions. The fund has raised $37 million since its inception in May 2011.

Bank of Palestine will initially offer transactional products and services to customers, like savings accounts, remittance services, listed equity funds and mortgages to expat Palestinians looking for a holiday home in Palestine.

“We aim to get a banking license in Dubai by 2015 and will then further extend our offerings,” added Shawa.

BoP aims to expand to other markets, including Qatar and Jordan, in order to target the global Palestinian diaspora of around 7.5 million.

BoP has 47 branches, making it the largest branch network in the Palestine, and employs 1,200 people serving around 600,000 customers. Established in 1960, the bank has a current paid-up capital of $134 million and assets of over $1.65 billion.