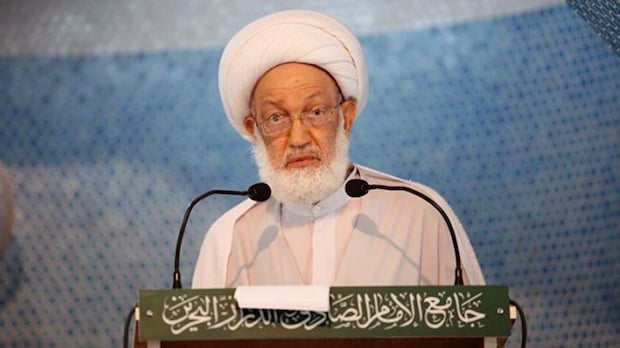 Bahrain’s top Shi’ite cleric Sheikh Isa Qassim left to London on Monday for treatment following a deterioration in his health, the AFP reported.

Qassim, in his late 70s, has been battling ill health for several months now. According to reports, he is suffering from high blood pressure, diabetes and a form of heart disease.

The cleric, who was stripped of his Bahraini nationality in 2016, was granted a temporary passport – valid for one year, the AFP reported, citing unnamed aides.

He was allowed to leave the country on the orders of Bahrain’s king.

Bahrain’s foreign minister also messaged on Twitter that the ruler had ordered for “facilitation of travel” for the cleric to seek treatment abroad.

The king also offered to cover the cost of “any treatment required”, the minister stated.

Bahrain’s interior ministry revoked Qassim’s citizenship in June 2016, accusing him of trying to ‘divide Bahraini society, encourage youth to violate the constitution and promote a sectarian environment’ in the country.

The moved led to protests in Bahrain, which has been witnessing clashes between the Shi’ite majority and the Sunni-led government.

In May last year, five people were killed and 286 were arrested when security forces raided Qassim’s village to disperse followers who had camped outside his house Reuters reported.