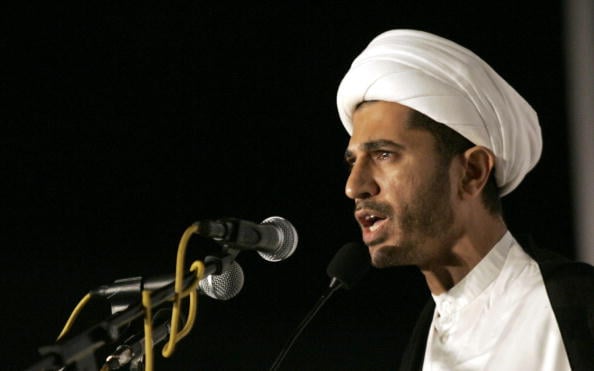 Bahrain’s top opposition leader went on trial on Wednesday on charges of promoting the violent overthrow of the political system, a case that has riled his followers and inflamed unrest in the Sunni-ruled Gulf Arab state.

Washington, a close ally of Manama, has expressed its concern over Salman’s arrest. Al-Wefaq Islamic Society, of which 49-year-old Salman is secretary-general, has called for civil disobedience in response to the trial.

Appearing in court on Wednesday, Salman denied all the charges and said he had been calling for reforms in Bahrain through legal and peaceful means, according to defence team member Mohamed Ahmed.

Sheikh Salman also said he had conveyed this position to King Hamad and Crown Prince Salman in person, according to Ahmed.

The prosecution has accused Salman of promoting the overthrow of the political regime by force, inciting violence against the kingdom and supporting attacks that caused the deaths of 14 policemen.

If convicted, he faces up to 10 years in jail under Bahraini law, Ahmed said.

He also faces three other, lesser charges, including inciting hatred and insulting the Interior Ministry.

The kingdom, which hosts the U.S. Fifth Fleet, has been in turmoil since an uprising erupted in 2011. Mass protests, led by majority Shi’ite Muslims demanding reforms and a bigger role in government, were put down with the help of Saudi Arabia.

The court adjourned until February 25 and ordered Salman to remain in jail, rejecting the defence team’s request to release him until the next hearing, his lawyers said.

Since the authorities quelled the 2011 revolt with Saudi support and help from other member states of the Gulf Cooperation Council but sporadic unrest has continued.

Bahrain has seen an increase in bomb attacks on the security forces. At least two people were killed in two separate attacks last month.