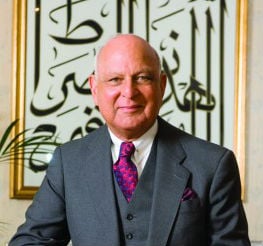 Investcorp, the alternative investment firm, has appointed Nemir Kirdar as chairman of its board of directors, effective from July 1, it said in a statement on Sunday.

Kirdar will replace Abdul-Rahman Salim al-Ateeqi, who will retire as chairman at the end of the current fiscal year on June 30. Ateeqi has served as chairman since the company’s inception in 1982.

Bahrain-based Investcorp announced in October that Kirdar would retire in June 2015 from his positions as executive chairman and chief executive.