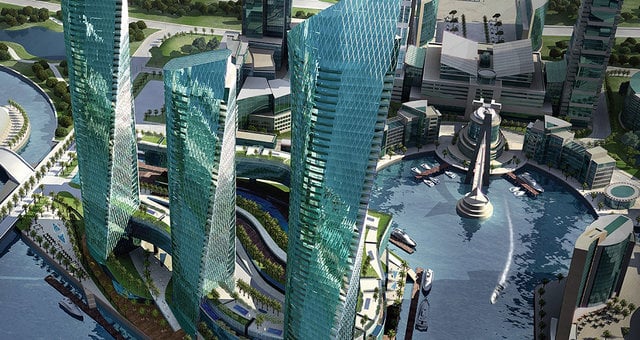 Bahrain’s GFH said on Tuesday it had acquired a $200m sukuk from Al Rajhi Bank.

The Villamar Sukuk Company Limited certificates were issued in 2008 to finance the company’s Villamar project in Bahrain.

GFH said the acquisition was expected to reflect positively on its financials in the second half of the year “due to the agreed discount for this transaction”.

The company confirmed the restart of the $700m Villamar project, close to Bahrain Financial Harbour, in December 2016 after signing a final sukuk restructuring agreement with Al Rajhi.

It comprises three towers of 54, 52 and 43 storeys with a mixture of hotel and residential space.

The project originally launched in 2007 and a $380m contract was awarded to Sharjah-based Al Hamad Contracting.

However, work stopped during the financial crisis and it missed its Q1 2010 completion date.
Under the late 2016 deal, GFH said it would provide up to $50m in financing for the project, which will be completed in phases.

The first will cover structural work and the interiors on a leisure and retail mall on the podium floors of the project, as well as apartments in the second tower, according to reports that year.