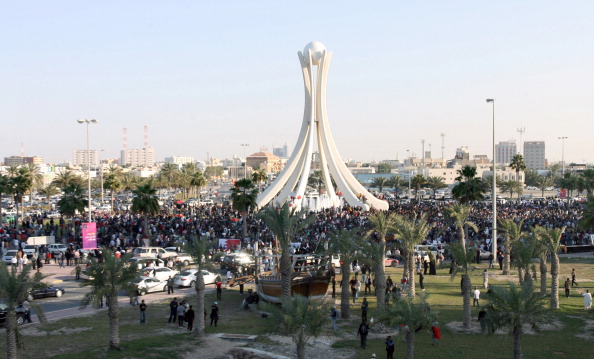 Bahrain has suspended the activities of the country’s main opposition group, Al Wefaq, for three months, a court ruling showed on Tuesday, ahead of a November parliamentary election which the group has already pledged to boycott.

The suspension, which the justice minister said would not be enforced until Al Wefaq had held its general conference, was expected to deepen a political crisis that has gripped the U.S.-ally since mass protests in 2011 demanding reforms.

The move appeared to be the result of a court case brought by the government in July against the organisation, arguing it had broken the law and its own statutes.

Al Wefaq said two weeks ago it would not take part in the Nov. 22 poll because parliament would not have enough power and because voting districts favoured the Gulf Arab kingdom’s ruling Sunni Muslims.

But it still condemned the suspension as “irrational and irresponsible” and said the government appeared to be “moving to destroy political and social life by blocking the people out”.

The United States, which has close political and military ties with Bahrain, said it was concerned about the suspension.

“Such a move runs contrary to fostering an environment of political inclusion. We’re following the case closely and understand that the Society plans to appeal the decision,” State Department spokeswoman Jen Psaki told a regular news briefing, referring to Al Wefaq.

Al Wefaq, which has strong links to Bahrain’s Shi’ite majority, won 18 out of 40 parliamentary seats in a 2010 election, but pulled out of parliament a year later during a crackdown against mostly Shi’ite Muslim protesters demanding greater democracy.

Since those February 2011 demonstrations, Bahrain has been shaken by low-level unrest.

Stalled reconciliation talks between the al-Khalifa ruling family and the Shi’ite opposition were revived early this year but later appeared to stall following prosecutions of Al Wefaq officials on a variety of charges.

A copy of the court ruling sent by Al Wefaq’s lawyer to Reuters said Al Wefaq was in violation of the law concerning political societies, which also says the justice minister can request the High Civil Court to stop the activities of a society “for a period not exceeding three months during which it removes the reasons for the violation”.

It said Al Wefaq also failed to provide the Justice Ministry with documents that relate to the organisation of the group’s general conferences. The court said the group’s activities were being carried out in a “fog, without any legal supervision”.

State news agency BNA said the Justice Ministry in September gave Al Wefaq and Waad, another society, a chance to “remove the violations”. The head of an office responsible for political societies said Waad complied while Al Wefaq did not, it added.

BNA said the office in charge of political societies urged Al Wefaq to act on the violation through its general conference, adding that the justice minister clarified that the ruling would not be applied until after the convention.

Al Wefaq leader, Sheikh Ali Salman, described the ruling as political. He told Reuters the group was in touch with legal advisers about how to proceed.

Bahrain, an ally of fellow Sunni monarchy Saudi Arabia and home to the U.S. Fifth Fleet, accuses Shi’ite Gulf power Iran of stirring up unrest and says it has made many reforms since 2011. Iran denies those charges.

Shi’ites complain they are subjected to systematic political and economic discrimination, a charge the government denies.