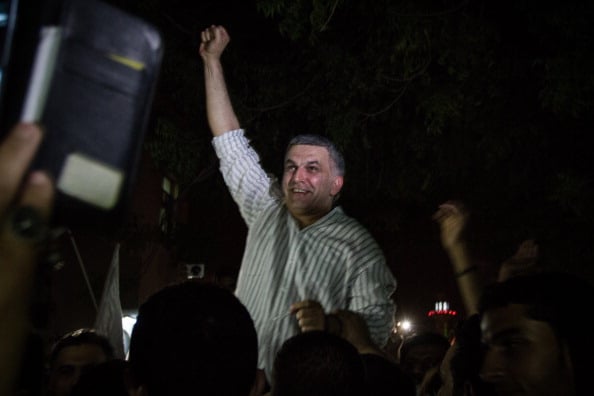 He was convicted for “publicly insulting two government bodies,” the attorney general’s office was quoting as saying, referring to the defence and interior ministries.

Rajab has been a leading figure in protests by the tiny island Kingdom’s Shi’ite Muslim majority since the 2011 Arab Spring.

He has accused the country’s mostly Sunni government of repression and torture. The tweet at the centre of his case accused authorities of not tackling the threat of hardline militant groups like ISIL(ISIS).

“Many Bahrain men who joined terrorism and ISIS came from security institutions and those were the first ideological incubator,” he wrote on Twitter in September.

Bahrain, where the U.S. Fifth Fleet is based as a bulwark against Shi’ite Iran and any threats to oil shipping out of the Gulf, has been in turmoil for 18 months, with the Shi’ite community agitating for democratic reforms.

The Kingdom denies discrimination and says it has rolled out reforms and monitoring for abuses by the security forces.

“Our governments divide us along religious lines, preventing us from collectively challenging extremism within our societies,” he wrote.

Rajab was sentenced to three months in jail in 2013 in a separate case over a tweet criticising the prime minister, the king’s uncle. The ruling was overturned, but only after Rajab had already served his sentence.