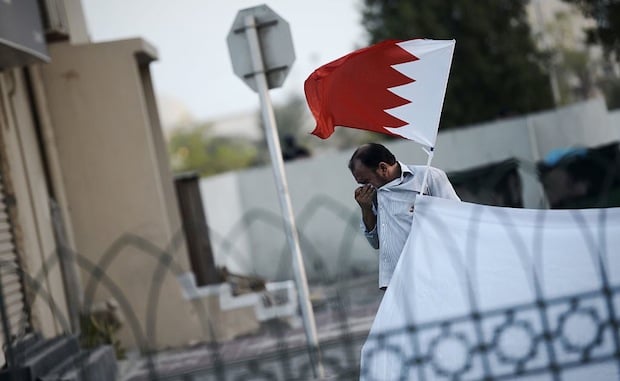 Bahrain has identified four suspects involved in the attack on its Jau prison and in aiding the escape of 10 prisoners on January 1, the interior ministry has said.

Gunmen attacked the Jau prison – located south of Manama – at dawn, killing one policeman and allowing 10 prisoners to escape.

He also told the parliament that “a number of individuals” suspected of aiding those who carried out the attack had been arrested, including the owner of the car that was involved in the operation and “a number of terrorists” wanted in various security cases.

The car that was involved in the operation was tracked on the road by CCTV cameras. Officials are still on the lookout for a 2008 black jeep with number plate 547672.

The homes of a number of suspects were searched, and a committee has been formed to probe the circumstances of the case.

According to the minister, “negligence and collusion” were among the main reasons behind the escape of the 10 convicts and hence a number of officials and staff at Jau were referred to the public prosecution of the interior ministry courts.

He reiterated that the Jau prison is equipped with 600 CCTV cameras as well as alarm systems, and the guards have enough weapons and clear orders to deal with all situations.

The case revealed “shortcomings in performance and not in capabilities,” he told the parliament.

“This won’t undermine the work of good policemen who we depend on as they previously foiled 14 escape attempts.”

Police patrols have also been deployed in all parts of the country to protect the public and promote the sense of security, he added.

The minister also urged the need to develop legislation to assist policemen in fighting terrorism and intensify penalties for attacks against security personnel.

“The Ministry considers this to be a terrorist operation against the public security force,” he stated.