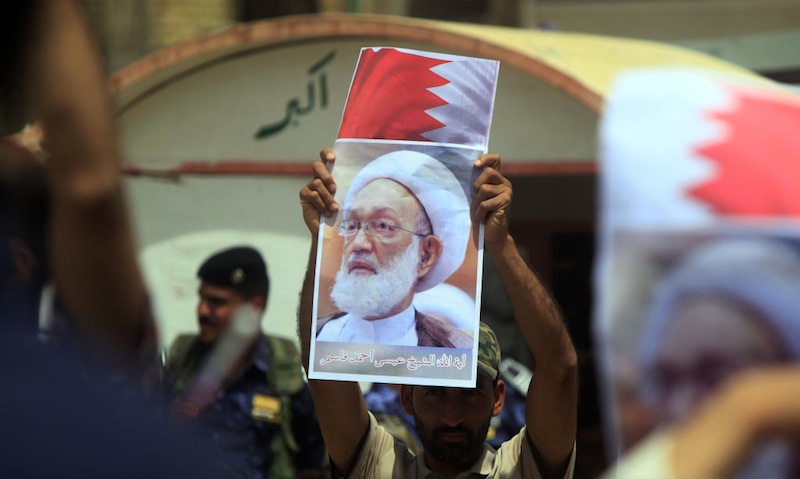 Bahrain is investigating the death of five people during a raid on the home village of the spiritual leader of its Shi’ite Muslim community, the interior ministry said on Thursday.

A ministry statement said the five were among a group that attacked security forces raiding what it said were “terrorist organisations” on Tuesday in Diraz, the village of Ayatollah Isa Qassim, and that nearly 300 people were arrested.

The raid, days after President Donald Trump said US ties with the Sunni-ruled kingdom — long strained over its human rights record — would improve, stoked tensions in the Gulf kingdom where the US Fifth Fleet is based.

In 2011, Bahrain crushed an uprising by the majority Shi’ite community. The government believes the opposition seeks to overthrow it by force and says Iran has aided in deadly militant attacks on security forces.

Activists said the five killed were unarmed civilians who were among hundreds taking turns to guard Sheikh Qassim’s house after authorities revoked his citizenship last year, a move that raised fears he might be expelled from Bahrain.

The authorities accused Qassim of fomenting sectarian divisions, a charge he denies.

The ministry said 31 police officers were injured when the group attacked the security forces, who fired tear gas and shotguns to clear hundreds of supporters of Sheikh Qassim camping outside his house, according to local activists.

“Five individuals who formed part of the group that attacked police officers have been confirmed as deceased and eight had to be transferred to hospital for immediate medical care,” the statement said.

“An immediate government investigation has been launched into the causes of the deaths and the Kingdom’s independent investigatory institutions — including the Public Prosecution — will have full access to all evidence it deems necessary.”

Rights activists say the revocation of Qassim’s citizenship was part of a crackdown by the Sunni-ruled kingdom on the mainly Shi’ite Muslim opposition, which seeks a greater say in running the country.

The Interior Ministry said that at least 11 people convicted on charges ranging from planting bombs to illegal gatherings were arrested, as well as 13 others awaiting trial, were among some 286 people arrested during Tuesday’s raid.