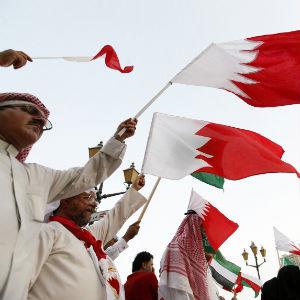 Bahrain plans to kick off investor meetings on Wednesday for a planned dollar-denominated benchmark bond issue, arranging banks said on Monday, in what would be the kingdom’s first offering of non-Islamic debt since Arab Spring-inspired protests began.

Sources have indicated that Bahrain could be looking to raise as much as $1.25 billion from the sale.

The Gulf Arab state, rated BBB by Fitch Ratings and Standard & Poor’s, has been hit by anti-government demonstrations in the last year, but managed to raise $750 million from an Islamic bond issue in November.

That deal was largely supported by a strong local bid as well as tapping into demand for Islamic assets. It was yielding 4.94 per cent on Monday, according to Thomson Reuters data.

The latest bond is to be structured under a 144a-compliant format, meaning qualified U. S. investors will be able to subscribe to it. An official told Reuters last month that the bond would have a maturity of between seven and 10 years.

Bahrain, which has the lowest crude oil production levels of the six members of the Gulf Cooperation Council, is projected to run a budget deficit of KD727 million ($1.93 billion) in 2012.

It had looked to international debt markets in the past to fill funding gaps. It had external debt worth 38.4 per cent of GDP at the end of 2011, according to Bahrain central bank data.

JP Morgan Chase, Citigroup Inc, Standard Chartered and Gulf International Bank are mandated to arrange the investor meetings, which will run between June 20-26.

One team of bankers and officials will begin in Los Angeles and visit San Francisco, Boston, New York and London.

Another team will start in Riyadh and take in the UAE, Singapore and Hong Kong.

A benchmark bond issue is understood to mean at least $500 million.

Bahrain will be hoping to capitalise on an issuance window as risk appetite improved after Greece’s election results on Sunday eased investor fears of a Eurozone break-up, boosting shares and sending the Euro to a one-month high.
Bahrain’s five-year credit default swaps, or the cost to insure against default, stood at about 347 basis points on Friday, the latest data and more than 20 basis points tighter than at the beginning of the year.