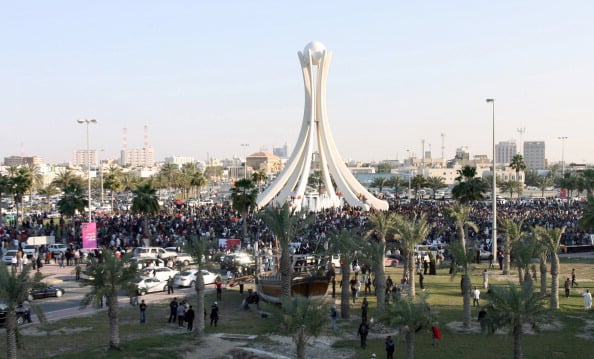 Bahrain’s opposition parties will boycott parliamentary elections due to take place this year unless the government guarantees the vote will reflect the will of the people, a statement from the opposition said on Saturday.

Bahrain, a base for the U.S. Navy’s Fifth Fleet, has been in turmoil since protests led by Shi’ite Muslims erupted in 2011 after similar uprisings in Egypt and Tunisia.

Talks between the government and opposition have failed to end the political standoff. Many Shi’ites complain of political and economic discrimination in the Sunni-ruled Gulf island state, a charge the authorities deny.

“The National Democratic Opposition Parties in Bahrain announced they are to boycott the coming Parliamentary elections unless a clear political agreement is reached,” said the statement issued after a meeting at the headquarters of al Wefaq, the main opposition movement.

“These elections must produce an elected government reflecting the will of the people, an independent judiciary and a security services that reflect Bahrain’s diversity.”

The groups urged the international community to help them pursue a peaceful democratic transition.

“The opposition will work on developing the peaceful popular struggle for democracy,” the statement said.

“We will stick to political activism that is based only on peaceful principles and continue to reject all and any violence.”

Bahrain, which effectively bans protests and gatherings not licensed by the government, has been caught up in a struggle for influence between Shi’ite Iran and Sunni Saudi Arabia.

It quelled the 2011 revolt with help from Saudi Arabia and other Sunni-ruled Gulf states, but protests and small-scale clashes persist and bomb attacks have increased since mid-2012.