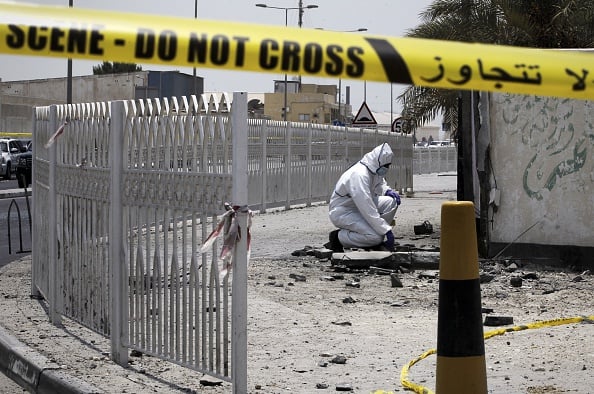 Several suspects in a bombing in Bahrain that killed two policeman have been identified and some have been arrested, the state news agency BNA said on Wednesday quoting the ministry of interior.

The bomb on Tuesday, which wounded six people, was the deadliest such attack in Bahrain in months.

The ministry of interior did not give further details.

The bombing took place outside a girls’ school in the Shi’ite village of Sitra and was the worst since March 2014, when a blast killed three policemen.

State media had said the explosives resembled some seized at the weekend that authorities say were smuggled in from Iran.

Sunni-ruled Bahrain has long accused Iran of stirring up unrest among its Shi’ite population and tension between the neighbours has risen in recent days, with Bahrain recalling its ambassador from Tehran on Saturday.