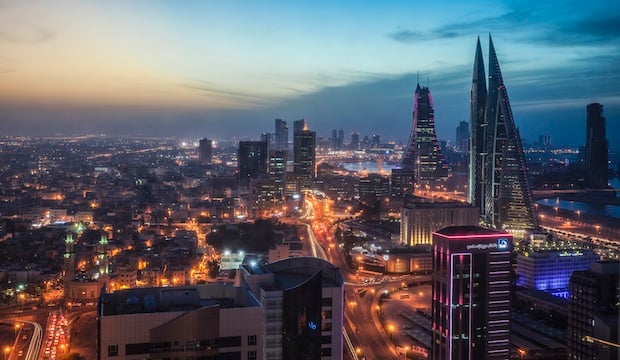 Bahraini officials conducting a roadshow for investors ahead of a possible sovereign bond issue have not disclosed details of additional financial support that the country may receive from its Gulf neighbours, fund managers at the meetings said.

The country plans to sell a multi-tranche, US dollar-denominated sovereign bond after a series of investor meetings that started last Friday in London and are continuing this week in the Middle East, the United States and Asia.

The tiny Gulf kingdom is rated junk by the three major credit rating agencies. But so far it has borrowed successfully in the international debt market because investors believe it can count on support from its richer Gulf neighbours, particularly Saudi Arabia, if its finances deteriorate further.

However, some investors, concerned by Bahrain’s mounting debt levels and the impact of rising US interest rates on its debt, are now starting to demand an explicit statement from Bahrain on its expectations for aid before they commit fresh money, fund managers in Europe and the Gulf said.

After bottoming at 201 basis points in May 2017, the cost of insuring Bahrain’s debt against default has risen to 258 basis points, implying a 16.9 per cent chance of default over the next five years.

One investor who took part in one of this month’s roadshow meetings, speaking on condition of anonymity because they were not open to the public, said Bahraini officials were pressed at the meetings on the issue of financial aid but did not give specific answers.

“They didn’t say anything at all – they gave casual answers. I had the impression they just didn’t know about support from Saudi,” the investor said.

Another fund manager confirmed that Bahraini officials had not addressed the issue in any detail and said that after Fitch Ratings downgraded the country by two notches at the start of this month, it could end up paying a higher cost to borrow because of the lack of transparency.

Senior Bahraini officials declined to comment to Reuters on the issue of Gulf aid, and officials in Saudi Arabia, Kuwait and the United Arab Emirates did not respond to requests for comment or could not be reached for comment.

Official sources and bankers in the Gulf say that for at least a year, Bahrain has been discussing the possibility of obtaining additional aid from those three countries.

The discussions were about a reduction of Bahrain’s debt and its cost of funding, one source close to the matter told Reuters without elaborating.

Such aid would come on top of $7.5bn earmarked by the three states in 2011 to help finance infrastructure projects in Bahrain. Of that amount, $6.6bn had been allocated to projects as of June 2017 and $1.2bn has actually been paid out, according to the prospectus for Bahrain’s bond offer.