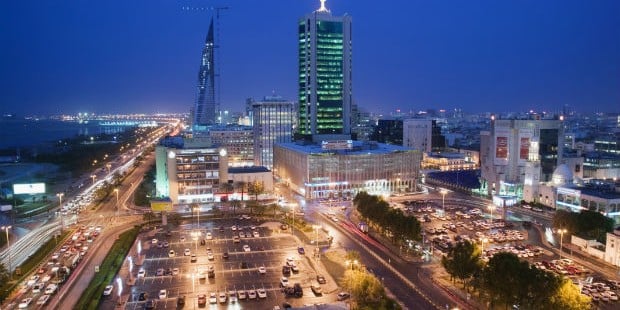 Bahrain’s economic growth picked up again in the third quarter of 2012 after shrinking in April to June and its statistics office expects the small oil producer to recover further from the impact of social unrest, state news agency BNA said on Tuesday.

That compares to a 1.3 per cent drop in the second quarter, which was the first quarterly decline since a 6.6 per cent slump in the first three months of 2011, when the government crushed a pro-democracy protests mainly led by majority Shi’ite Muslims.

On an annual basis, Bahrain’s real GDP – despite ongoing political turmoil weighing on the regional financial hub – expanded 3.1 per cent in the third quarter, a slowdown from a 4.3 per cent growth in the previous three months.

Amer said that the annual GDP rise was mainly due to non-oil economic activities, which grew 5.9 per cent in constant prices in the third quarter, although construction and real estate still expanded at lower single digit rates.

Output in the hydrocarbon sector, which accounts for almost a third of Bahrain’s $29 billion economy, fell 7.1 per cent year-on-year due to a roughly 10 per cent decline in crude production from the Abu Safa field, he also said.

The non-OPEC crude producer relies on output from the Abu Safa oil field it shares with Saudi Arabia for some 70 per cent of its budget revenue.

Analysts polled by Reuters in September forecast the Gulf Arab island kingdom’s real GDP growth to accelerate to 2.8 per cent in 2012 from 1.9 per cent in 2011, when it was hit by its worst unrest since 1990s, which temporarily forced banks and shops to close and triggered an outflow of funds.