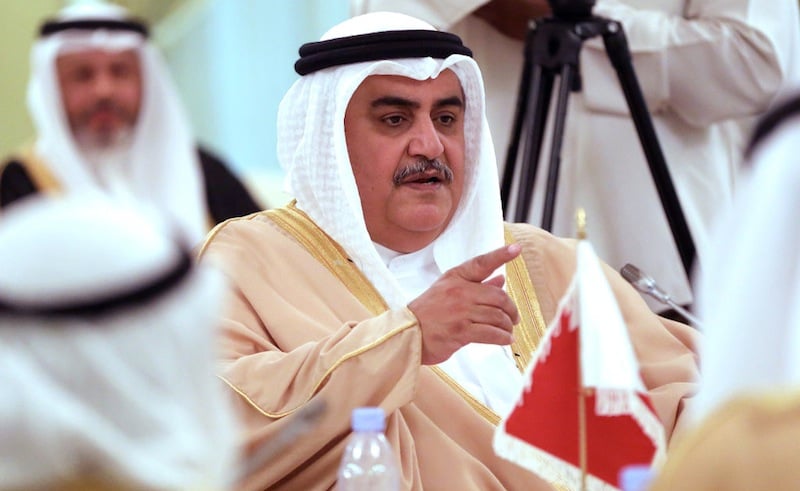 Bahrain’s foreign minister, keeping up the pressure on Qatar in a deepening Arab row, reiterated on Thursday a demand that Doha distance itself from Iran and stop support for “terrorist organisations”.

Bahrain, Saudi Arabia, Egypt, the United Arab Emirates and several other countries severed relations with Doha on Monday, accusing it of supporting Islamist militants and their arch-foe Iran – charges Qatar says are baseless.

In an interview published by Saudi-owned Asharq al-Awsat newspaper, Sheikh Khalid bin Ahmed al-Khalifa said conditions posed by the four countries for a resolution of the crisis were “crystal clear”.

“Qatar has to redress its path and has to go back to all previous commitments, it has to stop media campaigns and has to distance itself from our number one enemy, Iran,” he said.

“It has to realise its interests are with us, not with another country that conspires against us, wants to dominate and divide us. It has to stop supporting terrorist organisations, Sunni or Shi’ite, and its policy has to be for the benefit of its people.”

In an earlier interview with the Saudi newspaper Makkah on Wednesday, Sheikh Khalid said he appreciated Kuwaiti mediation to resolve the dispute but that all options were open for his country to protect itself from Doha.

In some of the strongest comments related to those efforts by a senior Gulf Arab official, Sheikh Khalid told the newspaper he doubted whether Qatar would change its behaviour.

Kuwait’s ruler, Sheikh Sabah Al-Ahmad Al-Jaber al-Sabah, travelled from the UAE to Qatar on Wednesday after visiting Saudi Arabia the day before to try to resolve the crisis.