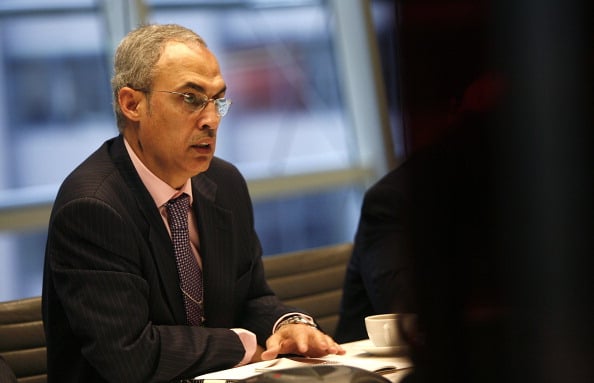 Bahrain’s central bank expects economic growth of around four per cent in 2013, little changed from last year, while inflationary pressures are currently not a concern, its Governor Rasheed al-Maraj said on Wednesday.

“As for GDP, the recent figure that we had from the department in charge was around four per cent, which is in line with what we have achieved last year,” Maraj told reporters at a meeting of central bank chiefs from Gulf Arab oil exporters.

He did not explain why his forecast was lower than that of the government’s Economic Development Board, which last month predicted gross domestic product would expand 6.2 per cent in 2013 after an estimated 3.9 per cent in 2012.

“This is what we feel, judging from all the input we have,” he said.

That is still more optimistic than a Reuters poll in January in which analysts trimmed their 2013 growth forecast to 3.2 per cent from 3.5 per cent seen in September, partly due to continued political turmoil in the island kingdom.

The kingdom of 1.3 million people has based its economic strategy on becoming a regional financial hub, as it lacks the petrodollar wealth of its Gulf Arab neighbours. The financial industry makes up around 17 per cent of the $29 billion economy.

But two years of social unrest have weighed on the banking sector, with annual lending growth slowing to 7.8 per cent in November, the lowest level since August 2011.

Maraj said, however, the economic situation was improving: “Judging from what most banks released in their results for last year, I am very satisfied with the health of the banking system in Bahrain.”

“It is picking up in terms of earnings momentum, the same for the business,” he said.

Bahrain is expected to get $1 billion in aid a year from its fellow Gulf Cooperation Council (GCC) members – Saudi Arabia, the United Arab Emirates, Kuwait and Qatar – over the next 10 years to finance development and social projects.

The country is the only GCC member facing a fiscal deficit this year.

Maraj also said he expected inflation to average around 1.5 per cent this year as has been the case in the past: “The inflationary rate has always been moderate in Bahrain and even recently the figure has been on the low side.”

“So far there has not been any noticeable increase in (external) prices that would transmit into the local pricing system. I do not want to say we are not watching the situation,” Maraj said.

“Inflation has always been a concern for all central banks but we are satisfied with the level of inflation right now. We do not see any inflationary pressure on the economy,” he said.

Bahrain, which pegs its dinar to the U.S. dollar, has kept its key rates, the repo and one-week deposit, unchanged at 2.25 per cent and 0.50 per cent, respectively since September 2009. Maraj said last week that he saw no change in the policy settings for now.

He also said the central bank has not yet thought about diversifying its foreign currency reserves to include the Chinese yuan. Its net foreign assets stood at 1.8 billion Bahraini dinars ($4.8 billion) at the end of November, latest central bank data show.