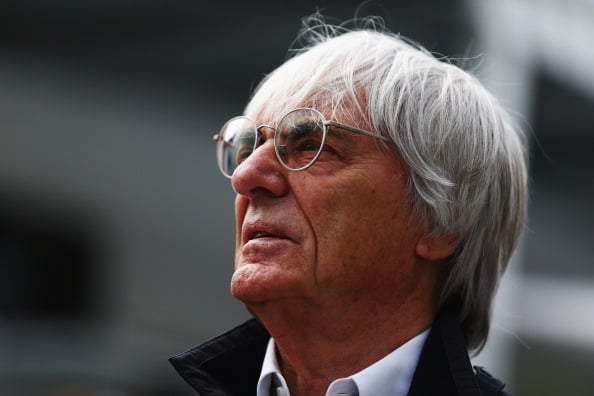 No amount of money can secure Qatar a place on the Formula One calendar because nearby Bahrain effectively has the power to veto any plans to hold a race there, Bernie Ecclestone said on Thursday.

The sport’s commercial supremo told reporters the Middle East could easily support three races a year financially but there were contractual obstacles to more than two happening.

Bahrain became the first Middle East country to host a grand prix in 2004 and Abu Dhabi followed in 2009.

There has recently been talk of a race in Doha, with the Qataris eager to add to a list of major sporting events in the country, including the controversial 2022 soccer World Cup finals, possibly as early as 2017.

“It was an idea I thought would work,” said Ecclestone, who said talks had taken place with the Qataris for a race that some reports have suggested would have paid 50 million pounds ($78.49 million) a year in hosting fees.

“But I’ve got a bit of a problem which nobody knows about really but I’m sure they soon will,” added the 84-year-old billionaire.

“I made a deal with the people in Bahrain and they said, ‘If we are going to be something new in this area, which we are, will you give us a guarantee you won’t put another race on in the area, in the Gulf?’.

Ecclestone said that when Abu Dhabi approached him about a race, he had to ask them to get permission from the Bahrainis.

“I explained to them the position that I was in and said you’d better ask the people in Bahrain if they are happy. If they are happy, I’m happy. If not, we won’t. So they got together and that’s what happened.

“Then this other race (in Qatar) has been proposed and I put the people together and said ‘Can you sort this out between you?’ and they haven’t managed to do it,” he said.

Qatar already has a round of the MotoGP world championship at the Losail circuit near Doha and has an impressive list of sporting events in the pipeline.

The tiny oil and gas-rich state will host the 2019 world athletics championships and is seen as a potential bidder for the 2024 Summer Olympics.