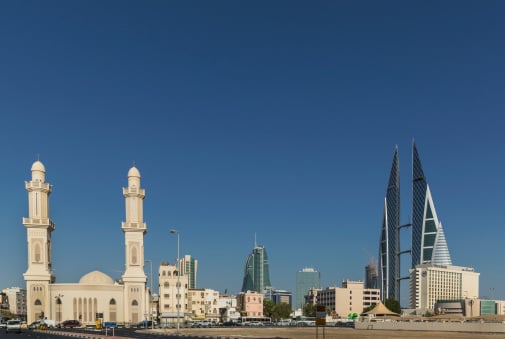 Bahrain’s state budget deficit nearly doubled to BD410 million ($1.1 billion) in 2013 but was only a fraction of the original projection as spending rose at its slowest rate since 2009, finance ministry data showed on Monday.

The 2013 budget shortfall widened to 3.3 per cent of gross domestic product, the highest level since 2010, from two per cent, or BD226.6 million, in 2012, Reuters calculations based on the official data showed.

However, the deficit was well below the ministry’s original plan for a BD1.1 billion gap and the International Monetary Fund’s latest forecast for a deficit of 4.4 per cent of GDP.

State spending rose by a mere 2.8 per cent to BD3.4 billion in 2013, the slowest rate of increase since 2009; it was some 14 per cent below the budget plan, mainly because of much lower expenditure on development projects.

Spending on projects plunged 35 per cent to BD477 million and was nearly 44 per cent below the initial plan. By contrast, recurring expenditure on areas such as staff costs and services rose 14 per cent to BD2.9 billion, the consolidated final account showed.

Meanwhile, revenue fell three per cent to BD2.9 billion in 2013, coming in slightly above the government’s expectation of BD2.8 billion, with oil and gas receipts bringing in 88 per cent of the total.

Pressure on Bahrain’s state finances grew because it boosted its annual budget expenditure by nearly 24 per cent between 2010 and 2012 after protesters, inspired by revolts elsewhere in the Arab world, took to the streets of Manama in early 2011 demanding political reforms.

The International Monetary Fund warned Bahrain last year that the Kingdom needed to reform its public finances in the medium term to avoid its debt burden becoming unsustainable.

Manama relied on output from the Abu Safa oilfield shared with Saudi Arabia – which supports Bahrain’s Sunni rulers politically – for some 71 per cent of its budget revenue in 2013, up from 67 per cent in 2012, the data showed. Analysts believe Bahrain’s share of the oil could be raised by Riyadh if Manama’s budget runs into trouble.