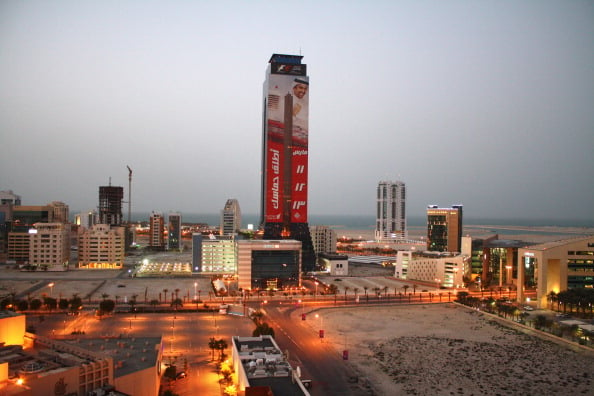 Bahrain’s budget deficit widened sevenfold in 2012 to BD227 million ($601 million), but stayed well below an initial plan as the country reined in spending increases and revenue grew, data showed.

The 2012 deficit was much lower than the BD1.33 billion initially foreseen and is equivalent to two per cent of gross domestic product, up from 0.3 per cent in 2011, according to a Reuters calculation based on the official figures.

Government expenditure in the small non-OPEC oil exporter grew 14 per cent to BD3.26 billion, but that was below the 3.85 billion planned, the finance ministry data showed.

Revenues grew 21 per cent to BD3.03 billion, above the 2.52 billion initially projected, mainly due to a rise in oil and gas income.

Bahrain relied on output from the Abu Safa oilfield shared with Saudi Arabia – which supports Bahrain’s Sunni rulers politically – for nearly 67 per cent of its budget revenue in 2012, the data showed. It got BD2.02 billion from the field, a nearly five per cent drop on 2011.

The International Monetary Fund said in May that Bahrain needed to reform its public finances in the medium term to avoid its debt burden becoming unsustainable.

The deficit is seen widening to as high as 8.6 per cent of GDP in 2018 from 4.2 per cent forecast this year, the IMF estimated.

Bahrain’s fiscal breakeven oil price reached critical levels of $115 per barrel in 2012, the IMF said, making it vulnerable to a sustained decline in crude prices.