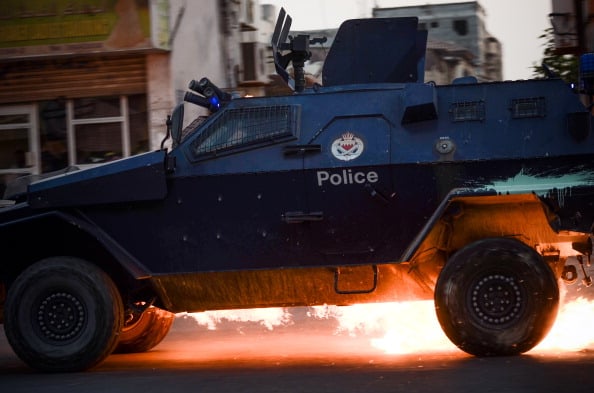 A homemade bomb killed one policeman in Bahrain late on Saturday, the interior ministry said, the latest in a string of attacks targeting security personnel.

The statement, quoting the chief of public security, said “police had confronted a group of individuals who were targeting Sitra police station”, referring to a Shi’ite town.

The bomb exploded as police were securing the area, the statement said. Two other policemen were wounded.

Police say they have been frequently attacked with homemade bombs since April 2012.

The majority Shi’ite country, ruled by the Sunni al-Khalifa family, has been buffeted by political turmoil since 2011 when mostly Shi’ite protesters took to the streets calling for more democratic reforms and more say in government.