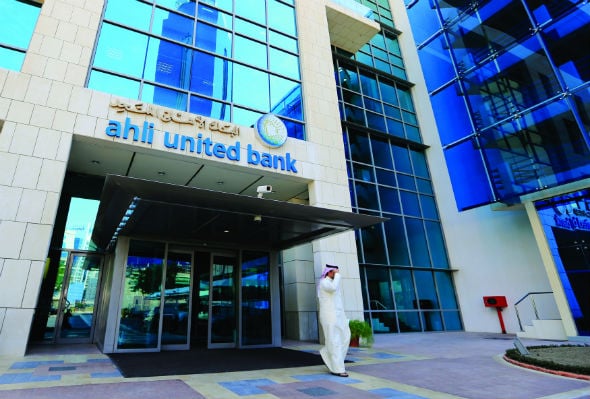 The Bahrain banking sector was hit hard by the global financial crisis, particularly wholesale banks. In addition, the political unease over the last few years has dented confidence. Both factors have led to weaker performances in the banking sector.

The climate has contributed to a fall in the combined assets of wholesale banks in Bahrain from $157 billion at the end of 2010 to $118 billion in August 2013, a significant fall. Along with banks in other markets, Bahrain-based banks have de-risked their balance sheets, concentrating on more stable sources of funding and reducing their exposure to riskier sectors.

For some time, Bahrain was the main financial centre in the GCC but it now has been overtaken by emerging centres such as Dubai and Qatar. Partly connected to the financial challenges, there have been a number of bank mergers in Bahrain recently.

The size of Bahrain’s on-shore domestic banks, and the sector overall, are small which makes it difficult to compete regionally. Mergers are being encouraged by the Central Bank of Bahrain in order to strengthen the sector. Islamic lender Al Salam Bank said in September 2013 it had agreed to merge with fellow Bahraini lender BMI Bank, an affiliate of Oman’s Bank Muscat, through a share swap.

The deal is expected to create the Kingdom’s fourth-largest commercial bank. Khaleeji Commercial Bank, 47 per cent owned by Gulf Finance House commented in June that it was evaluating a potential merger with local lender Bank Al Khair. In March, National Bank of Bahrain and a local pension fund bought a 51.6 per cent stake in Bahrain Islamic Bank from Kuwait’s Investment Dar.

Bahrain has a more limited shock- absorption capacity compared to other GCC countries. The budget is highly sensitive to oil prices and the recent growth in public debt has added to other constraints on fiscal flexibility, which include a weak non-oil revenue base and modest fiscal reserves.

Although there have been some initiatives aimed at addressing the grievances of protestors, the political situation remains uneasy and prospects of a meaningful resolution to the problem in the near future appear to be low due to divisions within the government and ruling family, as well as between opposition groups. There are disagreements on fundamental issues such as the extent of political liberalisation and the powers of the monarchy.

Real GDP growth reached four per cent in 2012 and is likely to grow at a similar rate in 2013, supported by expansionary fiscal policy. However, higher political risk perceptions continue to cast a cloud over medium-term growth prospects and may yet have an adverse effect on foreign investment and make it harder to generate the private sector growth required to absorb the expanding Bahraini workforce over the coming years.

Public spending has grown significantly over the past two years following the government’s decision to increase outlays on social benefits, subsidies, wages, and internal security in response to social demands and civil disturbances.

As with other GCC institutions, the stronger Bahrain-based banks are widening their reach in other markets. Gulf International (GIB) is aiming to become a pan-GCC universal bank, based on four main pillars of corporate banking, investment banking, asset management and retail banking.

The focus of GIB’s existing commercial banking activities will shift from transactional lending to relationship-based wholesale banking, supported by a new suite of products and services. Based on an e-channel led proposition, the new retail bank is planned for launch in Saudi Arabia in late 2013 and will offer simple and easy to understand products.

Retail banking will contribute to the diversification of GIB’s risk assets and revenue streams. GIB’s net profit for the nine months to end September was $101.5 million, five per cent higher than the period in 2012.

Ahli United Bank (AUB), headquartered in Bahrain, is a well managed institution and executes a clear business strategy that has earned it significant franchises in various GCC markets. However, it sold its stake in Ahli Bank Qatar in Q1 2013.

AUB has not ruled out re-entering the Qatari market as and when the opportunity arises. Although still lacking a presence in the largest GCC economies of Saudi Arabia and the United Arab Emirates, the operations in other GCC countries (including Kuwait), and the UK significantly diversify risk assets and revenue streams away from Bahrain.

AUB’s business model seeks to ensure that the bank is able to also provide conventional, as well as Shari’a compliant corporate, treasury, retail and private banking and wealth management products in all countries. Several fully dedicated Islamic branches have been opened in Bahrain and Oman, while substantial growth has been achieved in wholesale Shariah compliant corporate and treasury operations group wide.

The bank has also established a regional takaful joint venture with Legal & General, one of the largest UK and global life insurance companies.

United Gulf Bank, owned by Kuwait’s Kipco Group, is an asset management, merchant and investment banking group, with operations spanning the region. Its North Africa Holding Company was established in Kuwait in 2006. Its mandate is to undertake investment activities in North Africa initially targeting five countries: Algeria, Egypt, Libya, Morocco and Tunisia. The company will invest as a private equity partner in start-up companies as well as investing in listed securities.

The leading National Bank of Bahrain recorded net profit of BD40.1 million ($106.6 million) for the nine months ended September 2013 compared to BD37.0 million ($98.5 million) for the corresponding period of 2012, an increase of 8.3 per cent. Net interest income for the nine month period in 2013 was lower, however, at BD43.6 million compared to BD46.9 million for the corresponding period of 2012. This was due to a lack of growth in commercial lending opportunities as well as reduced returns on surplus liquidity due to low short term interest rates.

Bank of Bahrain and Kuwait’s results for the nine month period ended September 2013 recorded net profit of BD34.5 million, a growth of eight per cent compared to BD32.1 million in 2012. This increase was driven by higher net interest income and a continued growth in FX and investment income.

BBK still pursues its expansion plans in India and the Reserve Bank of India has granted the bank the fourth license to operate a branch in New Delhi.