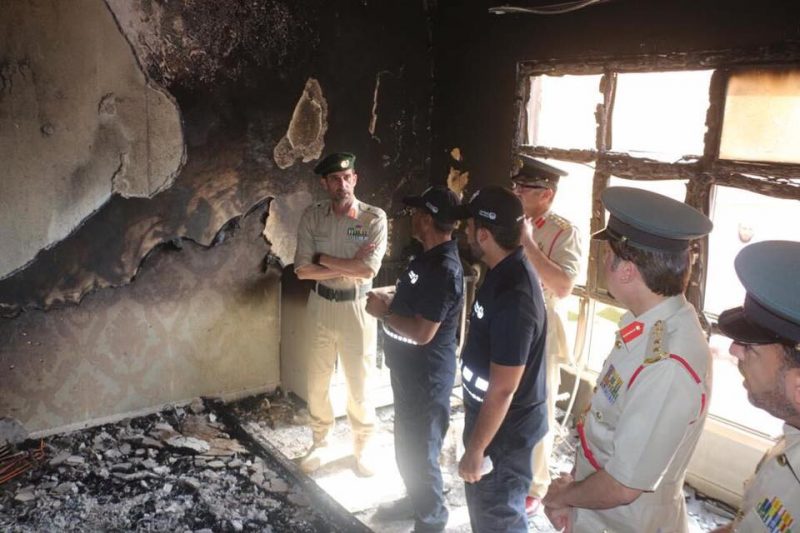 An eight-old-month girl died after a fire broke out in a villa in Dubai on Sunday.

The baby was sleeping in her room when the blaze ripped through the house in Al Barsha 3, Dubai police said.

Colonel Majed Al Suwaidi, acting director of Al Barsha police station, said that the command and control centre received a report on Sunday at 12pm about the house fire.

“Upon arrival to the scene, it turned out that fire broke out in the baby’s room while she was sleeping which led to her death,” he said.

During the visit, Al Marri was briefed about the incident and had a close look at the inspection reports, a statement said.

The cause for the fire has not yet been revealed.