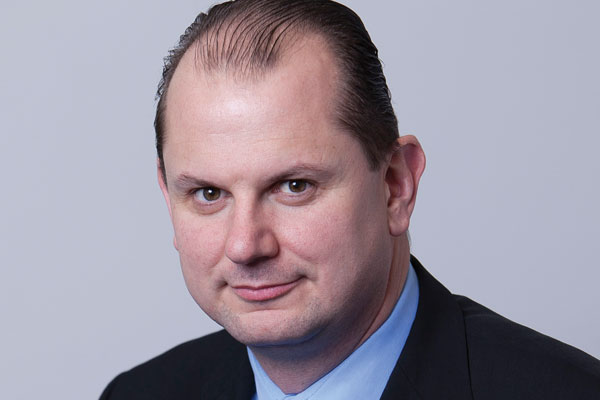 We are surrounded by data, which is being constantly generated by billions of connected devices. Analysis firm Gartner estimates there will be 20.4 billion connected objects by 2020, all containing sensors generating data from the environment around them and the interactions they monitor and measure.

In 2019, Forrester predicts that automation “will become the tip of the digital transformation spear, impacting everything from infrastructure to customers to business models”.

The analyst house goes further to say that more than 40 per cent of enterprises will create state-of-the-art digital workers in 2019, by combining AI with technologies such as robotic process automation (RPA). It also concludes that during this year automation will eliminate 20 per cent of all service desk interactions thanks to a successful combination of cognitive systems, RPA, and chatbot technologies.

Automation will provide the key for businesses to accelerate their digital transformation journey, and very soon we will be able to engage with machines not only with more regularity and in a more sophisticated fashion, but also be increasingly reliant on the real-time, unassisted decisions they make.

You only need to look at the automotive industry to see just how close we are to being dependent on automation in our everyday lives. Autonomous driving is no longer the stuff of science fiction. Self-driving cars that are in-built with automated steering and cruise control, that rely on data generated from proximity sensors and geospatial mapping systems to safely guide us to our destinations, are already on our public roads.

Indeed, the race for which company and country cracks autonomous driving first is picking up pace, with some states in the US, as well as the UK, Germany, South Korea and Singapore already enacting legislation to allow autonomous vehicles to be tested.

Another industry leading in automation is the industrial sector. Think of the widespread adoption of emerging trends that first surfaced in the industrial automation market, such as augmented reality, 3D printing, robotics, artificial intelligence, cloud-based supervisory control and data acquisition systems, and programmable automation controllers.

From edge to core to cloud

Whether in factories, mines, oil-rigs, labs, sports stadiums, hospitals, parking lots or supermarkets, automation will eventually dominate. Critical to this vision is having standard hardware devices right at the edge, as well as software interoperability in the field. IDC recently predicted that by 2022 over 40 per cent of organisations’ cloud deployments will include edge computing. I would argue this percentage could be a lot higher given the momentum we are seeing in this space.

Why is edge computing so vital to automation? If a massive amount of data needs to be relayed across a long network link to a central processing system for analysis, and then sent back with an actionable decision, it takes a lot longer than if the data is processed close to its source. By positioning compute and storage systems at the edge, processing latency and bandwidth constraints are reduced, which enables operational and safety decisions to be made and executed quickly close to the action. For industries such as healthcare and defence, that require split-second decisions to save lives, this is mission critical.

One industry starting to make noise with its automation efforts is the marine industry. Compared to manufacturing and the enterprise business sector, the marine industry has been slower to embrace the journey to fully-integrated automation. Shipping companies are only now beginning to realise the potential increases in efficiency and performance, in addition to the easier and more comprehensive approach to fleet maintenance, management, and crew safety.

There are some exciting early examples, including the port of Rotterdam (Europe’s largest port by cargo tonnage), which is on a multi-year digital transformation journey to become the smartest port in the world.

Its goal is to be capable of hosting autonomous shipping by 2030, and it’s transforming its operational environment with thousands of field sensors and devices across its 42-kilometre site, on quay walls, mooring posts and roads.

Shipping companies and the port are estimated to be able to save up to one hour in berthing time per ship which can amount to about €70,000 in savings. In fact, one experiment has already resulted in a 20 per cent reduction in waiting time for vessels in the port. Data and partnerships with state-of-the-art technology providers will further help reduce wait times, determine optimal times for docking, loading and unloading, and enable more ships into the available space.

Let’s also not forget the world’s first fully autonomous ferry that was launched last year. In December, Rolls-Royce and Finferries launched its ground-breaking Falco ferry, which utilises Rolls-Royce Ship Intelligence technologies to navigate without any human intervention. Breakthroughs like this prove we are now living in the era of autonomous vessels and will soon bear witness to entirely automated fleets, which will be managed and maintained from a central base of operations.

This does not mean that humans have no role to play in maritime, rather, autonomous ships will be a whole new class of vehicle, designed for purpose from the hull up. Automation will allow the marine industry to redirect human resource away from the management of standard processes and tasks, which means a reduction in labour costs. With fewer people aboard, ships can also be designed with minimal living quarters and maximum space for containers.

Many marine organisations are starting to invest in marine-grade servers that can filter data, make calculations on the fly and conduct analytics on the edge. Connected sensor networks are enabling vessels with comprehensive monitoring for remote diagnostics, and artificial intelligence assisted diagnostics are being used to identify potential issues ahead of time to ensure maximum safety for the crew as well as minimal downtime. In addition, AI assisted data analytics are helping vessels realise significant savings by accounting for complex variables such as optimal sailing routes, vessel speed and fuel consumption, upcoming weather fronts, and on-board weight distribution.

Towards a new era in automation

For most, automation is now ever-present in our home and in our cities. From rubbish bins that let the refuse company know when they need emptying and car parks that guide you to available spaces, to lights that know when you’ve left the room and turn themselves off, automation is making the things we rely on more efficient and cost effective.

Despite the proof points in our homes, cities, factories and now ports, that show how automation is enabling a better quality of life, there is still uncertainty for many around the impact to employment. This fear is not ungrounded, but technology must be used to reinvent the wheel as it has done many times before. Automation will displace jobs, but it will also allow us to spend less time on tenuous tasks to innovate on the things that really matter, as well as create new jobs that enable individuals to thrive in the digital age.