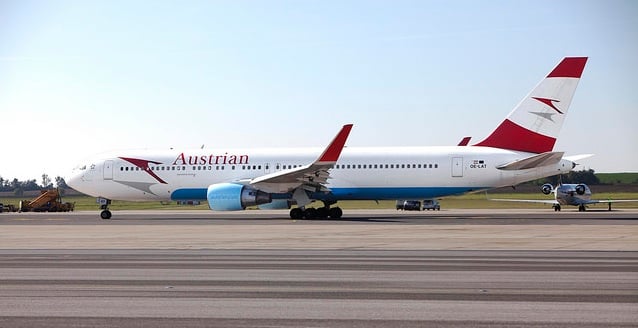 Austrian Airlines will no longer offer direct flights to and from Dubai because of over-capacity on the route, the airline announced on Tuesday.

The last Austrian flight will depart from Vienna to Dubai on September 13, 2015 and return from Dubai to Vienna on September 14, 2015.

Austrian, part of the Lufthansa Group, has been offering flights to the emirate since 1996.

It operated seven times a week between the two cities but faced stiff competition from Emirates, which operates double daily services.

“The over-capacity, built up in recent years, resulted in fierce price competition as up to 800 seats per day were on offer. This ultimately made the Vienna-Dubai route unsustainable for Austrian Airlines,” the statement said.

Passengers of the Lufthansa group can now travel to Dubai by flying via Frankfurt, Zurich or Munich.

Austrian Airlines CCO Andreas Otto said: “Unfortunately, the Vienna-Dubai route has become unsustainable for us. The capacities which will become available will be deployed for attractive, new destinations, such as Miami, Mauritius and Colombo in Sri Lanka starting in October.”

The airline has announced plans to begin operating flights to Miami five times per week from October 16, 2015.

It will also begin flying to Colombo every Tuesday from October 27 and offer a nonstop service to Mauritius twice a week from October 29.

The national carrier currently flies to a global route network of around 130 destinations, particularly in Central and Eastern Europe.

Two years ago Austrian Airlines’ managers were all smiles in Dubai as they announced an €90m fleet investment designed to attract premium travellers to Vienna and beyond. The swish business class seats, improved IFE and revamped economy would attract new frequent flyers and compete with expanding Gulf carriers – and with 19 years’ route experience behind it, Austrian was confident it could count on loyalists too. At least, that was the theory.

But last year Emirates approached its own milestone, as it chalked up 10 years on the route, one it started with four flights a week and grew to 13, and for good measure it marked the occasion with a ‘one off’ A380.

So it comes as little surprise that the European airline, which has grappled with over-capacity and fierce price competition has decided to drop the route.