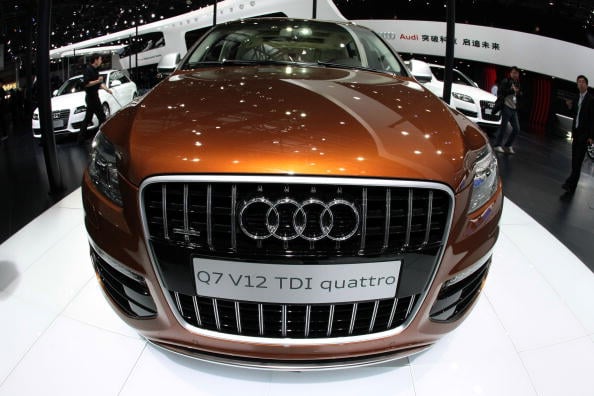 Audi Middle East reported record sales for 2013 exceeding its forecasts with growth of 16.3 per cent over the previous year.

The German automotive company sold 10,647 vehicles in the region with 1,092 handed over in December alone.

Its Q7 model was its best-selling vehicle with a year-on-year rise of 36.8 per cent.

“We are still the fastest growing German premium brand in the Middle East. In 2014 we will continue to focus on strengthening our infrastructure backbone.”

A statement from Audi said strong growth was registered across all its Middle East markets with the exception of Syria, where business operations have been suspended.

In 2014, the manufacturer plans to open new dealerships in the UAE through its partner Al Nabooda Automobiles, with locations planned for Fujairah and Sharjah.

Construction of a new terminal in Rawdat is underway with a planned completion date for 2015, while new showrooms in Qatar and Lebanon are scheduled for February openings.

“We intend to continue our focus on capacity planning in 2014 in addition to seeking growth,” said Hill.

“Almost every dealer in the region is investing in new facilities, in line with the company’s strategy of sustainable growth.”

Audi Middle East has a sales target of 20,000 units annually by 2020 – the year Dubai hosts the World Expo.