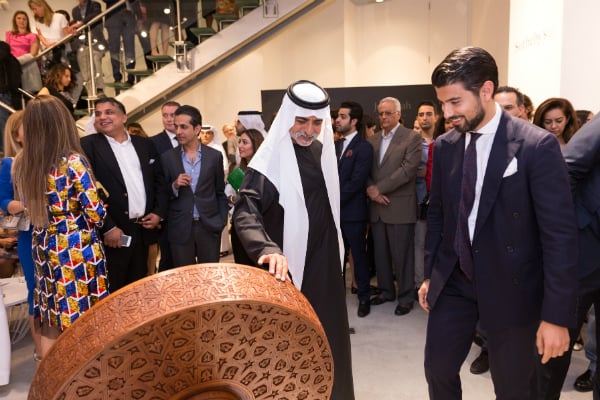 Auction house Sotheby’s has officially opened a new Dubai gallery and office to cater to its growing Middle East customer base.

The opening of the new unit, based in Dubai International Financial Centre, is driven by a 30 increase in buyers from the region over the last five years.

Read: Sotheby’s set to launch its first UAE store in Dubai this year

Sotheby’s said jewellery, contemporary arts and impressionist, and old master paintings were particularly popular in the region, with spending on the former increasing 46 per cent over the last year.

The value spent by regional clients on Middle Eastern art had also grown 41 per cent from 2015 to 2016 alone and online sales from the region are up 47 per cent over the past five years, according to the firm.

“The Middle East, and especially the United Arab Emirates, has grown and prospered at an extraordinary pace. Sotheby’s footprint in Dubai brings three centuries of history and expertise, and we look forward to contributing to an even greater future together on this fulcrum of the world’s jewellery, art, and luxury car markets,” said Tad Smith, Sotheby’s president and CEO.

Following the launch, Sotheby’s today opened its largest ever exhibition in Dubai with masterpieces by celebrated artists from the region and a selection of jewellery and watches.

Highlights include the legendary Patek Philippe Yellow-Gold Calibre 89 watch, which is offered for sale with an estimate of $6.4-9.9m, historic Islamics art works and the world’s largest internally flawless Fancy Vivid Pink Diamond.

Following the exhibition, an expanded programme of events is planned at the new gallery.

The company has 80 other offices in 40 countries including locations in Doha, Istanbul, Egypt and Mumbai.