In March, when tech major Asus announced the release of the ROG Flow X13, there was much to cheer. Not only was it the first 2-in-1 convertible ROG gaming laptop, but the Red Dot 2021 winner was also kitted with bleeding-edge specs including an 8-core AMD Ryzen 9 5900HS CPU and a dedicated GeForce GTX 1650 GPU.

But between then and now, there has been a major upgrade from Nvidia which unveiled its RTX 3050 Ti mobile graphic chip. The GPU reportedly operates at up to 1135MHz with 35W of power, and it can also secure a extra 5W with Dynamic Boost.

This month, Asus launched an updated version to the ROG Flow X13 that features this latest RTX 3050 Ti chip from Nvidia. 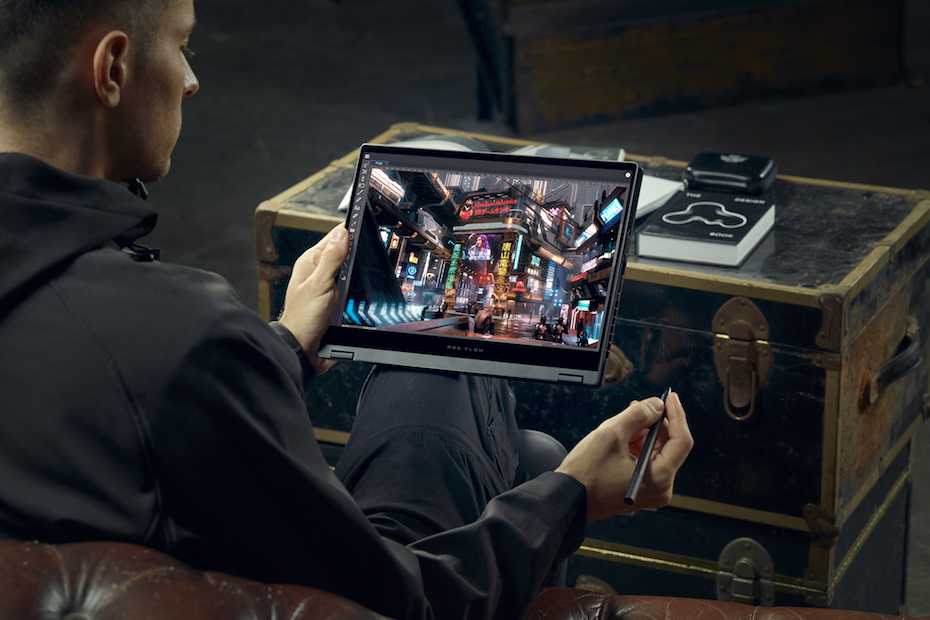 This latest Flow X13 edition offers the eGPU as an option. The XG Mobile eGPU uses an exclusive PCIe 8 lane interface that delivers 7.88GB/s of dedicated bandwidth to the GPU, as well as a dedicated USB link for driving the I/O hub.

External eGPU units are often large and unwieldy, but Asus says that it has pointedly attempted to counter this. The XG mobile eGPU weighs just 1kg and measures 155mm deep, 208mm wide and 29mm high. The ROG XG Mobile is believed to be one of the lightest and most compact external GPUs in the world. Even though it is around 6 per cent the size of a typical eGPU, it still features an integrated 280W adapter.

Back to the upgraded Flow X13, and the physical specs remain the same. It is 15.8 mm thick and weighs 1.3kg. It runs at full power with a lightweight 100W USB Type-C adapter, and its battery returns up to 10 hours of video playback. The Flow X13’s keyboard design incorporates a full-sized, desktop-style layout into its compact chassis. The 360-degree ErgoLift hinge raises the back of the keyboard as the system is opened for a better typing angle.The ErgoLift hinge allows users to seamlessly switch to stand mode to share their screen or tent mode when there are space constraints, all while achieving improved cooling that lowers processor temperatures by up to 8°C

The ROG Flow X13 offers ultimate performance with the upgraded internals – the best of both worlds. Now available in UAE at major electronic stores starting from Dhs7,499, and XG mobile starts from Dhs6,999.