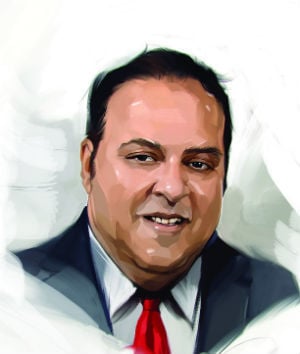 The prospects for United States equities are not stellar in 2016 and valuations are not cheap at 16 times earnings. The Federal Reserve could raise the overnight borrowing rate by 100 basis points if the $18 trillion US economic supertanker accelerates. Dollar strength will hit margins and ex-energy earnings growth is a mere 5 per cent. This is not the year to chase irrational exuberance in the world’s stock markets.

Already US equities lost 12 per cent of their value, the worst hit since 2011, after China devalued the yuan on August 10.

While the US stock indices surged in October and November, they fell amid rising volatility in December after oil crashed and Turkish F-16 warplanes shot down a Russian bomber in the skies above Syria. The S&P500 index could earn $124 to $125, if Wall Street strategists’ consensus is accurate.

Profit growth in corporate America has been gutted by the crash in crude oil, steel and metal prices.

American equity markets, particularly growth stocks, are priced to perfection. There are pockets of surreal valuations in the stock market. Amazon.com trades at an unreal 400 times miniscule earnings. These US equities cannot rerate higher while the Fed raises interest rates and earnings growth has so little sustainable momentum. Investment success in 2016 will necessitate that investors accumulate value shares in financials, technology and healthcare.

American economic growth is solid, if not breakneck, at 2.5 to 3 per cent of gross domestic product growth. The king dollar theme dominates the global foreign exchange market as Federal Reserve chair Yellen ‘normalises’ (tightens) US monetary policy while the Draghi–led ECB and the Haruhiko Kuroda-led Bank of Japan accelerate monetary easing. Yet US dollar strength and higher interest rates mean tighter liquidity in the world financial markets. Successive Fed rate hikes will pressure valuations in the US stock market and make share buybacks, a key ballast of the 2009 to 2015 bull market, more expensive for corporates.

The US central bank cannot aggressively tighten monetary policy as long as China and the emerging markets face financial distress and deflationary risk.

The most attractive sectors to own in 2016 will be US financials with low valuations, exposure to a steeper treasury yield curve and benefitting from the robust consumer credit/housing cycle. American money centre banks have derisked balance sheets, raised $600bn in capital, acquired market share from European and Asian banking rivals, expanded net interest rate margins and boosted dividend growth since 2012.

Financials are also a hedge against the risk that accelerating US data momentum could force the Fed Funds rate as high as 3 per cent in 2016. I prefer ‘US centric’ financials such as Bank of America and Wells Fargo (the California bank has generated a 14 per cent annual return on equity since 1976 with only one negative year) more than global, emerging markets focused peers like Citigroup.

Morgan Stanley has also transformed its franchise from a classic high-risk fixed income trading focused investment bank to a wealth manager. It has $2 trillion in assets and 16,000 retail brokers, thanks to its Smith Barney acquisition from Citigroup.

Like UBS in 2012-13, the recurrent fee model of global wealth management could mean a higher valuation multiple for Morgan Stanley, which is cheap at 12 times earnings. American Express also trades at 12 times earnings, a huge discount to Visa and MasterCard for an iconic global credit card issuer. Trust bank and securities processor BNY Mellon will also directly benefit from higher US interest rates.

This will be the year to replace momentum with value shares.