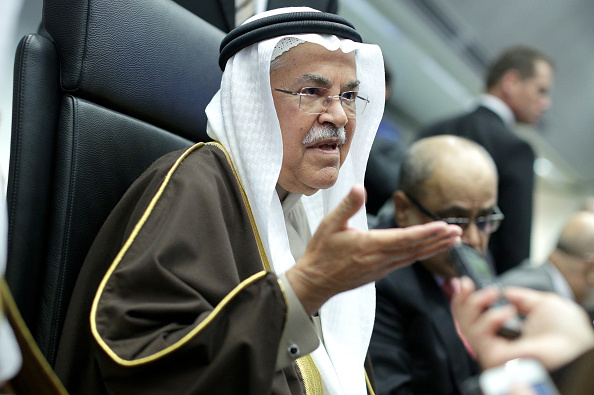 Crude oil prices will stabilise and rise again, Saudi Arabia’s oil minister Ali al-Naimi said on Sunday, although he also warned that it might take some time.

The minister admitted that the oil market has been “undergoing a period of instability for more than 12 months now.”

“As you know, the oil market has witnessed over its long history periods of instability, severe price fluctuations and petro-economic cycles. This is one of them,” Naimi was quoted as saying in Riyadh.

Brent crude hit a 12-year-low on Friday with prices dipping below $30 per barrel as fears of oversupply and dropping demand continued to haunt the market.

Prices fell by more than 30 per cent in 2015 and have already dropped by over 20 per cent so far this year.

However Naimi stressed that cooperation between market players would help balance the industry.

“I’m optimistic about the future, the return of stability to the global oil markets, the improvement of prices and the cooperation among the major producing countries.

“Market forces, as well as the cooperation among the producing nations, always lead to the restoration of stability. This, however, takes some time,” he said.

His comments came a day after the nuclear deal between Iran and the six world powers took effect, effectively allowing Tehran to import oil internationally.