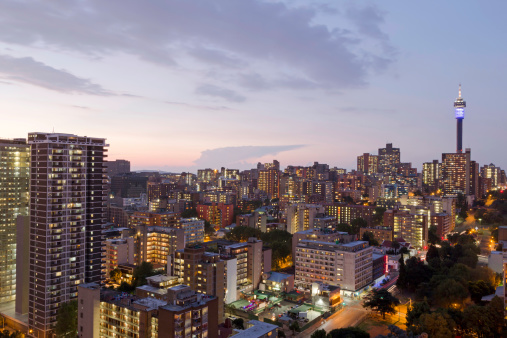 Arqaam Capital Ltd. is closing its South African office as the Dubai-based investment bank joins other brokers paring back operations in the continent’s financial-markets hub.

The company, which has been in Johannesburg since 2014, told clients Monday, it is ceasing research coverage in South Africa, according to a note seen by Bloomberg News.

Arqaam employs about 17 people in the city, a person familiar with the matter said earlier.

“The firm informed its employees yesterday that it has commenced a process which will lead to a cessation of all activities in its Johannesburg office,” Arqaam said in a response to questions on Tuesday. “An orderly wind down of operations will then commence.”

Profit margins for equity-trading companies that offer research have been squeezed in South Africa and other markets by the cost of MIFid II regulations, as well as a shift toward passive investing and a fall in trading volumes. Arqaam’s decision also comes amid an economy that is struggling to expand, with gross domestic product shrinking for a second quarter this year in the three months through September.

The shutdown by Arqaam, which focuses on emerging markets, follows an announcement by Macquarie Group Ltd. in October that it’s closing its cash-equities business in South Africa. Deutsche Bank AG’s South African unit has made significant job cuts, while Credit Suisse Group AG has also reduced its presence in the country. Citigroup Inc. has been leaving some equity research posts vacant and moving other functions, Business Day newspaper reported last month.

Arqaam said it will focus on markets where it has a stronger presence.

“This decision enables the investment bank to deploy additional capital in its core markets of the Middle East and North Africa region,” the bank said. “It comes as part of an effort to sharpen its focus on where it has a competitive franchise and a growing market share.”