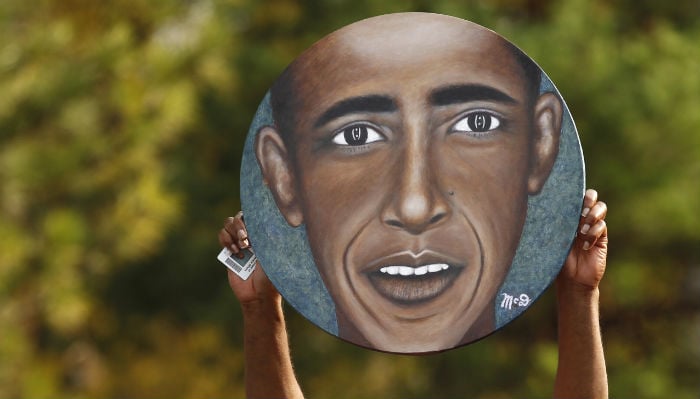 That achievement was acknowledged by Alaa al-Saadoun, an Iraqi Kurdish lawmaker. “The work Obama did withdrawing American forces from Iraq made a difference. If the Republicans were in power, they would not have left,” he said.

But even as that military intervention was ended, Obama has ordered U.S. drones to kill militants in Yemen and Pakistan, enraging many in the region. Romney has backed this action.

Such policy convergence makes some Iranians, whose economy is being crippled by U.S. and other international sanctions imposed over Tehran’s disputed nuclear programme, feel there is little to choose between either candidate.

“Obama has already showed he wants to wreck the Iranian economy, bring hard times and prevent important medicine by sanctioning the central bank so there is not a lot Romney could do that Obama hasn’t done already,” said Mohammad Marandi of Tehran University, speaking by telephone from Tehran.

A commentary published by the Iranian news agency Fars echoed that view: “Will it be more of the fist inside the velvet glove, or the hammer directly to the skull?”

As sanctions tighten on Iran, the conflict in Iran’s ally Syria has deepened with the United States and its Western allies at odds with Russia and China about what action to take, though no world power has been advocating direct military intervention.

Romney said earlier this month he would find elements in Syria who shared U.S. values and make sure they obtained weapons needed to defeat Syrian President Bashar al-Assad. Obama’s administration says it is giving logistical support to Syrian insurgents but has shied away from providing arms.

The international gridlock over Syria and uprisings that have breathed new vigour into Arab politics may also be changing attitudes about the United States, for years seen as the only player with the clout to make a difference in the region.

“There is sense that the U.S. isn’t as relevant as it once was,” said Shadi Hamid of the Brookings Doha Center. “But that is also partly because the Arab Spring helped empower Arabs to move away from their obsessive focus on the U.S.”

His remarks were echoed by 70-year-old Egyptian security guard, Gamal: “I don’t expect any change from the Americans towards us. We have to change ourselves with our own hands.”