Arab Youth: UAE Is The Best Country To Live In - Gulf Business 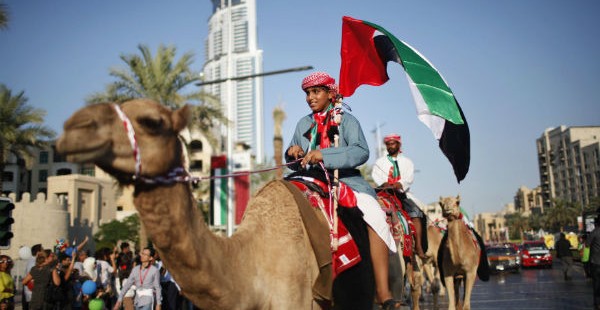 The UAE emerged as the favourite country to live in for most Arab youth, according to the sixth edition of the Asda’a Burson-Marsteller Arab Youth Survey.

Two in five respondents – 39 per cent – picked the Emirates as the country in which they would most like to live from a list of 20 nations including the USA, UK, France and Germany.

The UAE also ranked first as a model nation among Arab youth, with 39 per cent choosing the Emirates – up from 30 per cent in 2013 – as the country they would most like their own country to be like.

The survey also found that UAE nationals were the most positive about the future, with 69 per cent agreeing with the statement “I feel optimistic about what the future holds for my country”.

The survey results were in line with the findings of the UN-commissioned 2013 World Happiness Report, which ranked the UAE as the happiest Arab country and the 17th happiest in the world, Asda’a said in a statement.

Sunil John, CEO of Asda’a Burson-Marsteller, said: “The popularity of the UAE is likely a reflection of the country’s strong economic outlook and status as a safe haven amid the regional political turmoil.

“The Gulf state, the Arab world’s second largest economy with a GDP of nearly $390 billion, is expected to grow 4.5 per cent in 2014 on the back of a number of factors including its successful bid to host Expo 2020. Its moderate government coupled with the ease of doing business has placed the country in a unique position to be able to attract foreign direct investment.”

Overall, the survey also found that 68 per cent of Arab youth were either ‘very’ or ‘somewhat confident’ in their government’s ability to deal with the rising rates of unemployment, while similar numbers are optimistic about their ability to deal with war (67 per cent) and enhance living standards (66 per cent).

The 2014 Arab Youth survey was conducted by international polling firm PSB with 3,500 Arab nationals aged 18-24 in 16 countries across the Middle East and North Africa.