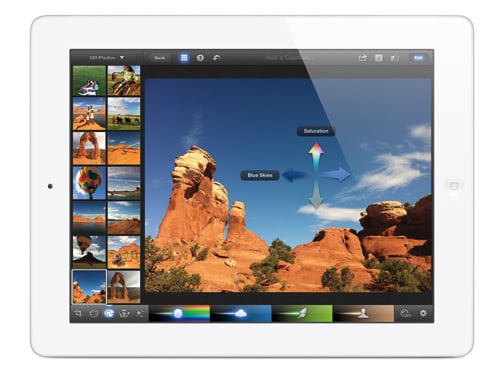 Apple has just revealed its new iPad 4 tablet. While it looks physically the same its insides are supercharged.

The new iPad will come with an A6X chip doubling the speed of the tablet including graphical performance.

It will also come with 4G LTE for continuous high speed wherever you wander, including to Wi-Fi spots, as the new Wi-Fi is twice as fast as the previous model. It will also be packing the Lightning dock connector.

The price for this relatively minor refresh is the same with the 16GB Wi-Fi iPad 4 starting at $499.