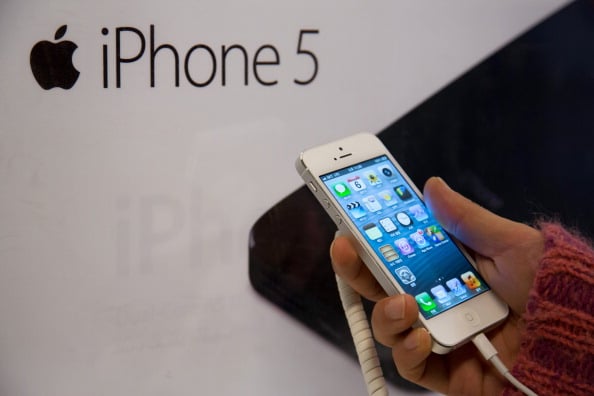 Apple’s iPhone 5 remained the UAE’s most popular smartphone in the fourth quarter of 2013, with a marketshare of three per cent, according to the latest figures released by the Telecommunications Regulatory Authority (TRA).

The device was also the country’s leading smartphone in the third quarter, with a 2.8 per cent share.

According to the report, 51 per cent of handsets registered on the UAE’s networks between October 1, 2013 and December 31, 2013 were smartphones.

Smartphone registrations were up 10 per cent during 2013 and five per cent in the fourth quarter alone, TRA said.

Overall, 51.5 per cent of all handsets registered on UAE networks were manufactured by Nokia, down from 56.2 per cent in Q3 2013. Samsung came second with 17.9 per cent, BlackBerry followed with nine per cent, Apple had 8.4 per cent and LG rounded off the top five with 0.9 per cent.

“Unlike Nokia and Blackberry, Samsung and Apple recorded increases in their marketshares in Q4,” said the report.

The report also found that UAE smartphone and fixed internet users made 11.5 billion visits to social networking websites, with visits to Facebook accounting for 84 per cent of the total.

“It also reflects a dynamic ecosystem in which both feature phones and smartphones are emerging as the future growth engines of the telecommunications industry.”

The UAE ranks highest in the world in terms of smartphone penetration with 73.8 per cent of consumers owning smartphones. The overall mobile penetration rate in the country stands at around 181 per cent.