Anti-Bribery And Corruption Legislation In The Middle East - Gulf Business 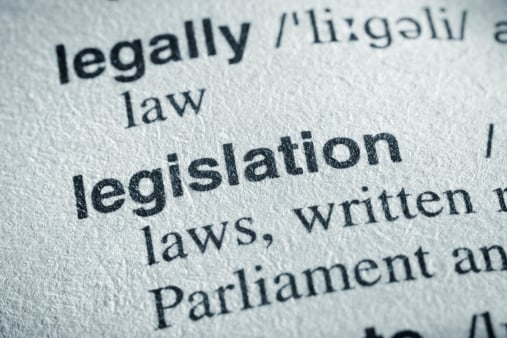 DO YOU THINK WE WILL SEE LOCAL LEGISLATION BEING CREATED AND ENFORCED IN THE AREA OF ANTI-BRIBERY AND CORRUPTION?

Mike Adlem: Most of the countries in this region have signed up to comply with the UN Convention Against Corruption (UNCAC), but they do need to put in place effective legislation and enforcement in order for it to be effective.

I am aware that some countries in the region are already working towards this which is good news, but what will be interesting is how the legislation will be used when it comes, and what prosecutions take place.

A big driver of that will be the Transparency International list that is published every year, as a lot of the countries in the region want to come out on top and effective legislation will help them improve their ranking.

I know that Qatar has said that it wants to be in the top ten and therefore they are working hard in this area.

Imelda Dunlop: I think that is right. Last week we were at the World Economic Forum at the Dead Sea in Jordan Summit sharing a panel with the Saudi National Anti Corruption Commission.

Saudi Arabia has signed up to UNCAC and is now setting up commissions with teeth and the authority to be able to drive change. Now, obviously these organisations are all very new and some of them are still working out what they are going to do.

Clearly they have an investigation and enforcement role, but what is also clear is that they want to be able to reach out to the private sector and to have a dialogue about proactively implementing better standards. It is this dialogue that is really important to get right.

Mike Adlem: In Saudi Arabia we are already seeing big companies insisting their suppliers have anti-bribery policies in place and are actually suspending them if they don’t have them in place. This is really good news and will have a knock on effect.

ON A COMPANY LEVEL, WHAT IS THE COMPETITIVE ADVANTAGE OF PUTTING ANTI-BRIBERY AND CORRUPTION PROCEDURES IN PLACE?

Mike Adlem: It is more difficult for the smaller companies who don’t have that international footprint to put anti-bribery and corruption policies in place as the cost of doing so can be high.

However, in the long term if SMEs are looking to grow and become international businesses then putting the right things in place will create the right culture within the organisation for the future which ultimately will lead to an advantage.

Imelda Dunlop: I agree and we do a lot of work with universities as these students are our entrepreneurs and business leaders of the future, so instilling an attitude of corporate governance early is vital and will be carried through their careers.

It is possible to have these practices in place in a small company and it does not need to be a hugely belt and braces system and is possible to design it for SMEs in a way that works and is effective.

Regarding the business case for anti-bribery and corruption legislation, we have done a lot of work with family firms in the GCC, asking them questions about what they have in place and why. What comes across very clearly is that a lot of it is about reputation and the business benefits of having that reputation.

Many family firms in the region have been set up by a founder on the basis of very strong values and as they go through a transition and move to the second or third generation, it is necessary to encode those values and put systems into place that reflect them.

As the organisation becomes more complex, more international and further reaching, it is not enough anymore for the founder to be saying that “there is a zero tolerance attitude to corruption because I say so.”