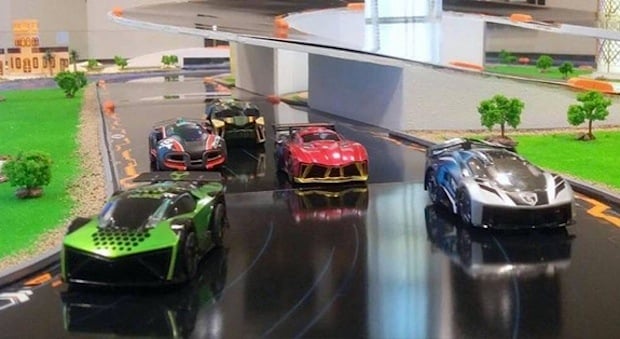 Games manufacturer Anki has launched a new product in the United Arab Emirates in a bid to tap into the country’s growing connected-toys industry.

“It is the success of Anki Drive and the request of our fans that led to the next generation of the product,” said Anki Europe Middle East and Africa general manager Stuart Collingwood.

“The UAE is continuing to emerge as one of the most attractive retail destinations worldwide owing to its strong economy and the high consumer confidence in technology,” he added.

“We represent a key step in a new industry that is still in its infancy. We want to make robotics and artificial intelligence accessible in our everyday life. Anki Overdrive has robotics and innovation at its heart,” said Collingwood.

“The major driver to this trend is smartphone penetration, which is one of the highest in the region,” he said.

The UAE has the highest per capital mobile phone penetration in the Middle East and Africa, estimated at 80.6 per cent of the population and projected to increase to 82.8 per cent by 2019, according to the Global Media Intelligence report.

Anki is positive that its new entrant will stand the test of time in the emirates because of its software and hardware specifications, as well as its basis in the physical rather than virtual world.

“It is more than a physical car and track as it has a gameplay campaign, progression and vehicle upgrades. It’s software driven so we can update the experience well after the launch,” said Collingwood.

“Our focus is in the physical world—delivering an unprecedented level of character, personality and interaction in a physical game.”