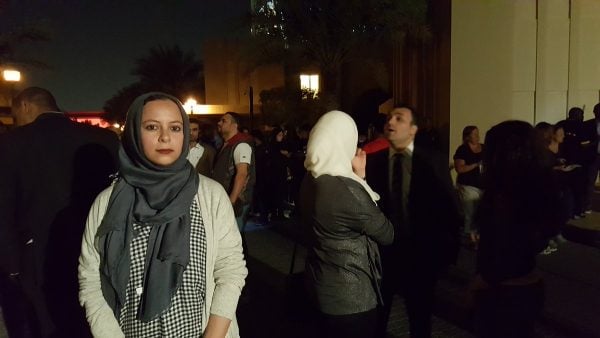 Dozens of women in Qatar are reportedly complaining of discrimination after being refused entry to a Bryan Adams concert last night.

Doha News reports that at least 40-50 women were barred from entering the Grand Hyatt Doha beachside venue by security because they were wearing headscarves.

This was despite no mention of the ban on their tickets, according to those affected, and many took to social media to express their frustration.

#women standing outside the @bryanadams concert not allowed in because of our #hijab #discrimination #disgusting #WomenHistoryMonth pic.twitter.com/OpzjaEKsra

Tunisian expat Iram Kassis told he publication she was asked to leave the line because her accompanying sister was wearing a headscarf.

“We have been shocked by that and asked to meet with a responsible person to clarify this issue, especially (since) it was not mentioned in the terms and conditions of the website (when we) purchased the tickets,” she was quoted as saying.

Another concert goer said security locked arms to keep them out after about three hours. Refunds were said to be offered to some of those in attendance.

Requests for comment from the hotel were directed to the concert organisers Alive Entertainment.