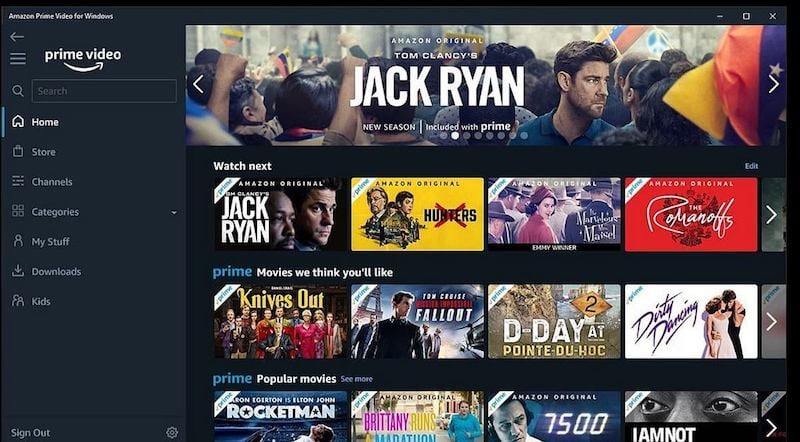 The Amazon Prime Video app for Windows 10 has become officially available on the Microsoft Store, which allow users to not only stream videos, but also download them to their computer for viewing offline too.

While Amazon Prime videos could be previously viewed through web browsers including Google Chrome or Brave browser , the new Windows 10 application will for the first time allow users to download the videos and view them offline on a Windows device.

Amazon has been working for some time to enhance its streaming service with original content in order to compete with Netflix and Hulu.

A few of its programmes such as Fleabag, The Marvelous Mrs. Maisel and Homecoming are all critically acclaimed productions.

Amazon is also focused on improving the user experience, and recently introduced the Watch Party feature, currently activated within the US, that allows watching movies and programmes with up to 100 friends.

Of course, the Amazon Prime video app on Windows 10 will be completely free, but you will need a subscription to the service in order to use it.

The price of the Prime Video subscription is currently $8.99 per month, and if you are subscribed to the annual Amazon Prime service (worth $119) you will get On Prime videos for free.

As for downloading the video to your computer for viewing later, there are three options (Good, Better, and Best), each of which consumes a progressively larger amount of internal memory, but the application does not reveal the specific accuracy of each of the three options.

Finesse adds Barracuda to its portfolio