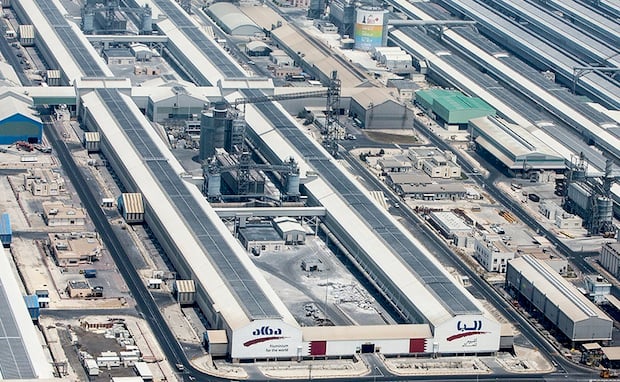 Aluminium Bahrain (Alba) said on Thursday it had received financial commitments worth $1.5bn from banks to finance its line 6 expansion project.

Alba plans to become the world’s largest single aluminium smelter complex, boosting its annual output by 540,000 tonnes to 1.5 million tonnes, by adding a sixth “potline” used to produce the metal from raw materials such as bauxite.

The company was initially aiming to borrow between $500m and $750m from banks, but has decided to raise the amount after strong interest, Alba said in a bourse statement.

The two-part loan will consist of an unsecured conventional tranche of $882m and an Islamic tranche of $618m, and is expected to have a tenor of seven years, Alba said.

It did not specify when the loan would be signed, but said it expected the interest rate to be 325 basis points over the London interbank offered rate.

Bankers had previously said Alba aimed to raise a total of around $3bn to finance the project through various means possibly including an international bond or sukuk issue. After the expansion of the bank loan, it did not say on Thursday whether a bond or sukuk issue might still happen.