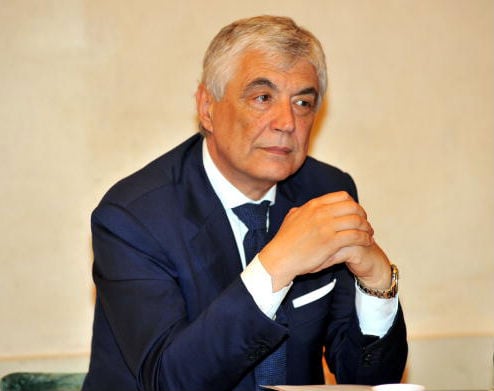 Alitalia’s chief executive Gabriele Del Torchio is ready to leave the airline after striking a rescue deal with Etihad Airways, the CEO told daily Corriere della Sera in an interview published on Saturday.

Del Torchio, previously the CEO of motorcycle maker Ducati, was recruited last year to help bring the struggling flagship carrier back to profit.

For nearly a year, Del Torchio led talks to secure a deal with Etihad that was finally signed on Friday and which will see the Abu Dhabi-based carrier buy almost half of Alitalia and invest 560 million euros into the lossmaking Italian airline.

“My task was to lead the company towards an alliance,” he told the paper. “I don’t know yet what I will do, but I’m not ready to retire yet.”

Del Torchio said Alitalia’s board will choose his successor, adding that he believed an Italian would lead the group. The deal with Etihad is due to be finalised later this year.

The airline, which will be 49 per cent-owned by Etihad, will also have a new chairman. Current Chairman Roberto Colaninno has said he would step down once a deal was reached.

Various Italian media repeated reports on Saturday that Ferrari Chairman Luca Cordero di Montezemolo would likely succeed Colaninno, especially if the role did not include operational responsibilities that would detract him from his work at the luxury carmaker.

Montezemolo has repeatedly dismissed those speculations, saying he was committed only to Ferrari.