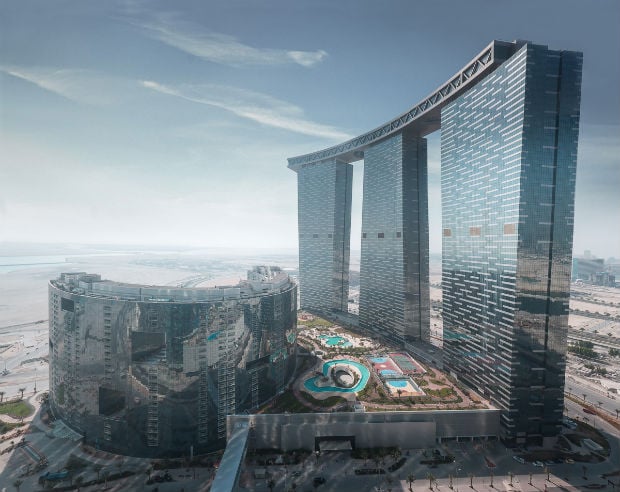 Abu Dhabi developer Aldar has announced that the units in its Gate and Arc Towers project on Al Reem Island are fully leased out after being in the market for just under a year.

The Gate and Arc Towers development located in Shams Abu Dhabi is made up of 3533 units, of which Aldar retained over 1300 units as part of its recurring-income portfolio.

The Arc, which comprises of studios and one and two bedroom apartments, was opened for leasing in June with annual rents starting from Dhs62,000.

The development, which acts as a gateway to the Shams neighbourhood, is modelled to resemble prominent structures such as England’s Stonehenge and Greece’s Pantheon, the company said.

The project also joins Aldar’s Sun&Sky Towers in Shams, which house more than 1,000 families and businesses.

“The Shams Abu Dhabi area is one of the most sought-after communities in the capital, providing residents with modern accommodation and amenities in a popular district,” said Mohammed Al Mubarak, CEO at Aldar Properties.

“Leasing activity has been very strong this year with bulk and end-users tenants, helping to strengthen our recurring income portfolio.”

Abu Dhabi’s property sector has been gaining strength in line with the capital’s economic growth and a rise in population.

Government-owned Aldar, which was badly hit during the economic crisis, has been recovering strongly as it capitalises on Abu Dhabi’s rebounding real estate sector through new projects.

The company will also be launching additional projects over the next three to four months, according to Aldar’s chief financial officer Greg Fewer. The latest project launches will mostly target mid-income buyers and tenants, he added.

Aldar, whose third quarter results are due to be announced soon, reported a profit of Dhs506 million in the second quarter this year, up 168 per cent from Dhs189 million from the same period last year

Revenue for the second quarter was Dhs2.19 billion, up 74 per cent year-on-year.