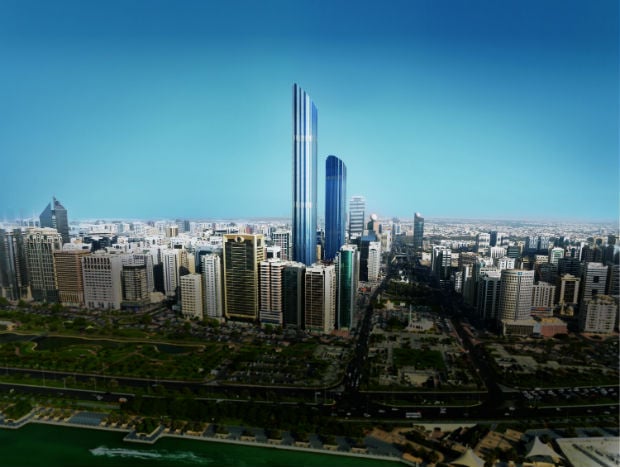 Abu Dhabi-listed property developer Aldar announced that it has leased out 90 per cent of all residential units in its project Burj Mohammed bin Rashid.

Launched in November 2014, the building is named after the UAE’s VP and PM and Dubai’s ruler Sheikh Mohammed bin Rashid Al Maktoum.

The Burj Mohammed Bin Rashid is also the tallest tower in Abu Dhabi and consists of 474 residential units, set on 92 floors.

The building is also the main feature of the World Trade Centre (WTC) Abu Dhabi project, which is a massive mixed-use project that also comprises the WTC Souk with 250 retail outlets, WTC Offices with 59 floors of office space and a Courtyard Marriott Hotel with 195 rooms.

Residents of Burj Mohammed bin Rashid will also have access to WTC Mall, which has over 160 shops, 20 dining outlets and an eight-screen cinema.

“We are extremely pleased by the market’s response to the launch of Burj Mohammed Bin Rashid,” said Talal Al Dhiyebi, chief development officer at Aldar.

“Tenants are finding the unique access to the rest of the WTCAD mixed-used development particularly appealing, boasting a 360 degree retail, commercial and hospitality offering.”

Abu Dhabi’s property sector, which saw robust growth in 2013, has slowed down in the last quarter, mirroring a regional trend of real estate prices stabilising.

According to a report by property consultants JLL, the emirate’s prime residential sales market grew at an average of 25 per cent in both 2013 and 2014.

“The stabilisation of sales prices signifies that some of the excessive heat has now been removed from the market,” said David Dudley, regional director and head of Abu Dhabi Office at JLL MENA.

“We do not however anticipate a significant decline in prime residential prices due to the relative shortage of availability of quality product.”