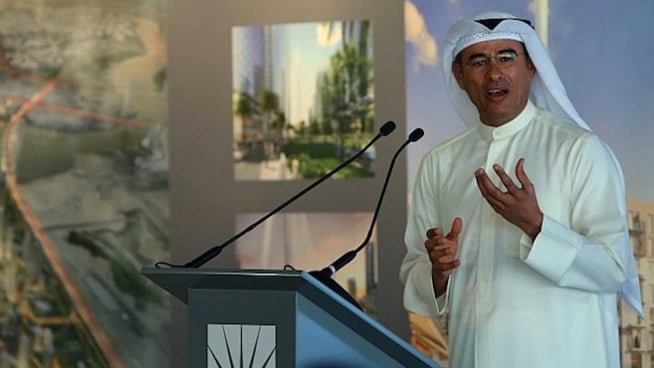 The company said Alabbar had entirely subscribed to the capital increase through his investment business Alabbar Enterprises, which is focussed on the Middle East, South East Asia and Africa.

He will hold a 4 per cent stake in the company upon completion and has committed to a 18-month lock-up period on the subscribed shares.

Yoox Net-A-Porter, which was formed with last year’s merger of luxury retailers Yoox Group and Net-A-Porter Group, said Alabbar would be in a position to provide the company with support and would be key to developing the company’s Middle Eastern e-commerce business.

The Emirati businessman is also the founder and a major shareholder of Singapore-based marketer, distributor and retailer RSH, which has more than 70 international fashion and lifestyle brands and 700 outlets.

“I am pleased with the opportunity to invest in and support Yoox Net-A-PPorter, the leader in online luxury retail. With an unrivalled product offering and superior customer experience, I look forward to collaborating with the management team and board, as the group further expands within the region,” Alabbar said.

Following a shareholder meeting in July last year, the company was authorised to generate €200m in equity capital but opted for a lesser amount due to lower cash requirements. It said it did not plan to utilise its authorisation for the remaining €100m.

“I sincerely admire Mr. Alabbar for his forward-thinking and relentless drive to innovate, a vision that has led to the creation of the world’s biggest mall. His track record in delivering exclusive luxury and retail experiences across the Middle East will provide us with invaluable insights in the fast-growing regional luxury fashion market,” said Yoox Net-a-Porter GROUP chief executive Federico Marchetti.

The company said the Middle East accounted for 5 per cent of global luxury consumption and it was seeing remarkable growth in the region despite not offering localised customer propositions.

It said it planned to use the funds over the next two years for localisation in key markets, to fund the development of a common omni-channel platform for all regions and storefronts and to maintain balance sheet flexibility.