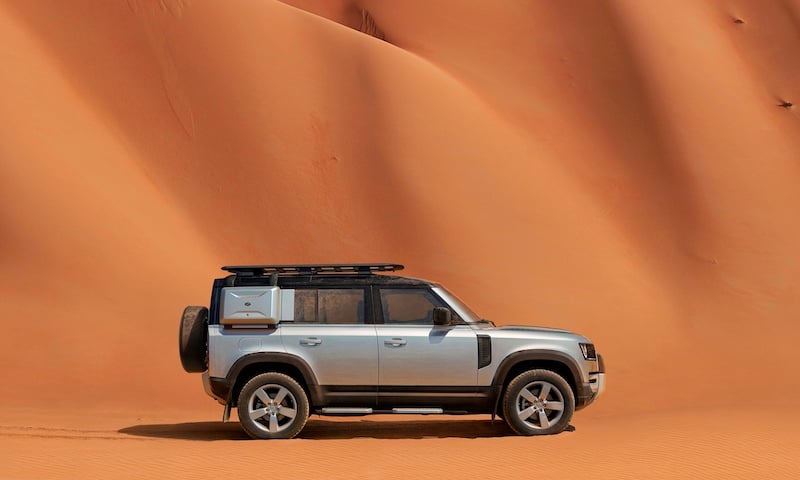 UAE’s Al Tayer Motors, the official importer for Jaguar and Land Rover in the country, has delivered the world’s first Land Rover Defender retail units to customers in the UAE.

It added that the next shipment of the vehicle is expected “latest by Q3 2020”.

The long-wheelbase Defender 110 variant was delivered to customers in the country.

The 4-wheel-drive 110X has a starting price of Dhs354,060 and a configurable terrain response which makes it one of the most capable off-roaders in the market.

Al Tayer Motors has also opened bookings for the short-wheelbase Defender 90 model which has a starting price of Dhs225,015.

In a press statement, it added that as part of its ongoing Ramadan promotions, it was “offering savings of up to Dhs50,000 on Land Rover vehicles and five years or 150,000 kilometres service and maintenance as well as warranty and roadside assistance, whichever comes first.”

In March, Jaguar Land Rover has said that it would begin constructing a parts distribution centre in Dubai’s Jebel Ali Free Zone Authority (JAFZA) this year.

The facility is expected to be fully operational by the first quarter of 2021, and would allow JLR to distribute approximately 32,000 parts and will streamline the distribution of parts to markets across the region.