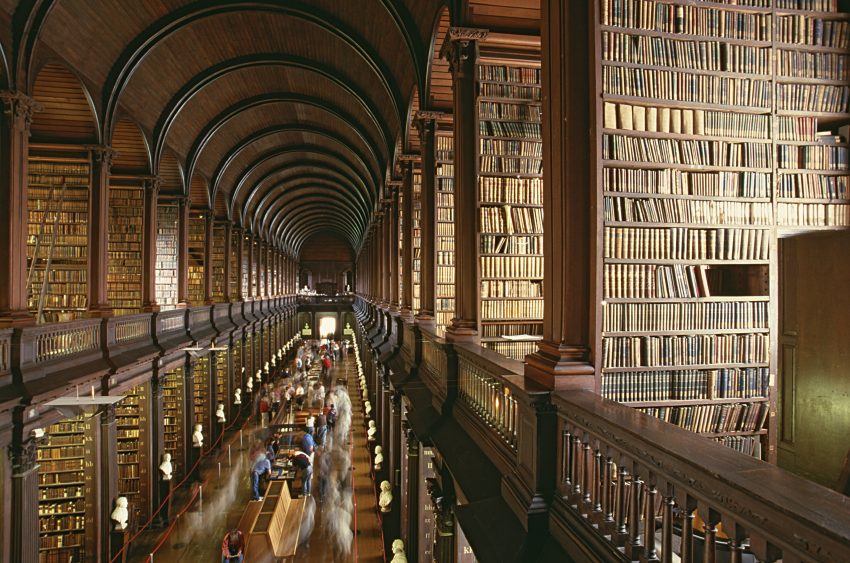 A new Centre for Middle Eastern Studies is to be established as one of Europe’s top universities, after a strategic alliance was struck between Trinity College Dublin and the Al Maktoum College of Higher Education.

Al Maktoum College, based in Dundee, Scotland, is funded by the Dubai-based Al Maktoum Foundation, which will support the new Al Maktoum Centre for Middle Eastern Studies. The new centre will operate within the school of languages, literature and cultural studies at Trinity College Dublin in Ireland – part of its faculty of arts, humanities and social sciences.

Trinity College Dublin is ranked as the leading university in Ireland, the 48th best in Europe, and the 120th in the world, according to the Times Higher Education’s World University Rankings 2019.

Chairman of the board of trustees of Al Maktoum College and of the Al Maktoum Foundation, Mirza Al Sayegh, said: “We are very proud to support this initiative and with the association with Trinity College Dublin, with its global reputation for excellence in research and education. It continues a long commitment of the Maktoum family’s investment in both education and in Ireland,” he added.

Dr Patrick Prendergast, president and provost of Trinity College, added, “This generous gift from the Al Maktoum Foundation comes at a vital moment in the history of Trinity College’s relationship with the Middle East, its peoples and its cultures. Continuing a long-established tradition of Middle Eastern studies in the history of Trinity College, this generous gift comes at a time when society in Ireland must seize the opportunity to enhance the role which all can play in a pluralistic society. Societal challenges created by multiculturalism also present unique opportunities for engagement and enrichment.”

Trinity College’s association with the cultures and societies of the Middle East goes back more than 250, with the appointment of its first professor of Oriental Studies in 1762. The professorship of Arabic Studies was established in 1855.