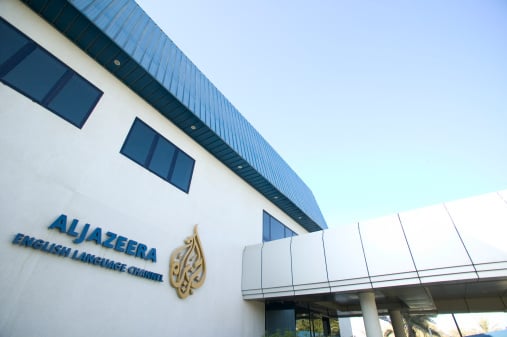 TV broadcaster Al Jazeera rejected allegations of fraud and breach of contract leveled by Al Gore and Joel Hyatt over their sale of Current TV to the Middle East-based company in 2013.

The former U.S. vice president and his partner filed a lawsuit against Al Jazeera on Friday claiming the news channel owed them “tens of millions of dollars.”

Al Jazeera, which bought Current TV for about $500 million, said the Gore-Hyatt group had promised to indemnify Al Jazeera if, after the sale, the company was sued for breach of any contracts while Gore and Hyatt ran the channel.

Third parties contend that Current TV had breached contracts while the group ran the channel, Al Jazeera America said in a statement on Tuesday, adding that assurances by Gore and Hyatt that Current TV’s contract compliance were “inaccurate.”

“Rather than indemnifying Al Jazeera as they were required to do, Gore and Hyatt have resorted to a preemptive lawsuit and lawyer-driven public relations maneuvers,” Al Jazeera said.

Al Jazeera said that under the deal, the sellers had set aside money in escrow to be used if Al Jazeera became liable to pay damages or settle a contract dispute with a third party.

Al Jazeera countered that the money in the fund was intended to indemnify Al Jazeera. It also said indemnification claims were more than the amount held in escrow.

Boies said on Tuesday that if Al Jazeera thought that this was an ordinary commercial dispute, it should be willing to allow his clients’ entire complaint to be made public.

Al Jazeera used its acquisition of Current TV to kick-start its efforts to launch a U.S.-based news channel to compete with CNN, MSNBC and Fox News.

However, the channel has struggled to gain traction in the United States and has low ratings.