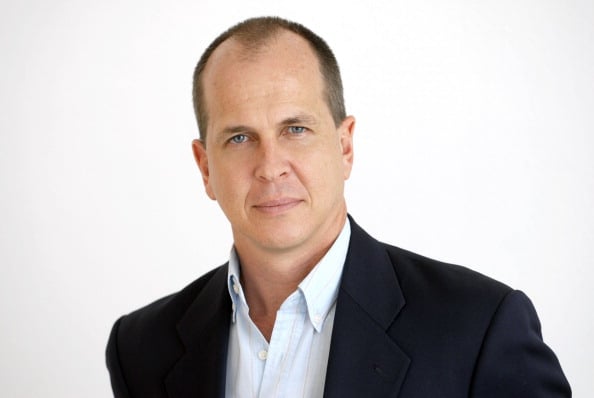 Al Jazeera journalist Peter Greste said on Monday it was a great relief to be freed from prison in Egypt, but that he felt “incredible angst” about leaving two imprisoned colleagues behind.

Greste was released on Sunday after 400 days in a Cairo jail. He and two colleagues had been sentenced to seven years on charges that included aiding a “terrorist” group, according to security officials but the journalists have said they were simply reporting the news when arrested in December 2013.

“This (release) has been like a rebirth,” he said in an interview on Al Jazeera, his first public remarks since he was freed. He is in Cyprus for a few days until he travels home to Australia.

Al Jazeera journalists Mohamed Fahmy, a Canadian-Egyptian, and Baher Mohamed, an Egyptian national, remain in prison in Cairo. They were sentenced last June to seven to 10 years on charges including spreading lies to help “a terrorist organisation” – a reference to the now-outlawed Muslim Brotherhood.

Egyptian authorities accuse Qatar-based Al Jazeera of being a mouthpiece of the Muslim Brotherhood, the Qatari-backed movement which President Abdel Fattah al-Sisi toppled in 2013 when he was Egypt’s army chief.

An Egyptian court sentenced 183 Muslim Brotherhood supporters to death on Monday on charges of killing police officers, part of a sustained crackdown by authorities on Islamists.

“The secretary-general again underscores the importance of safeguarding freedom of speech and association in Egypt,” Dujarric said.

Egypt’s Interior Ministry said on its Facebook page that Sisi released Greste under a decree issued in November authorising him to approve the deportation of foreign prisoners.

Greste said if it was appropriate for him to be free, it was right for his two colleagues to be free, adding that he had only found out about his release order an hour before he was allowed to leave prison.

“I wasn’t expecting it at all … I can’t tell you the real sense of that mix of emotion, between a real sense of relief and excitement, and also real stress in having to say goodbye to my colleagues,” said Greste, who described the two men as “family”.

He called for the Egyptian authorities to release Fahmy and Mohamed, who Greste said had suffered the most in prison because he had missed the birth of his child.

Canadian Foreign Minister John Baird told the Canadian Broadcasting Corp earlier on Monday that Fahmy’s release was “imminent”. Baird did not elaborate, however, as to whether he meant hours or days.

A security source said on Sunday that Fahmy was expected to be released and deported to Canada within days.

“For Egypt, this has been a big step forward, I hope Egypt keeps going down this path and releases the others,” Greste said.

Asked what he would most like to do now, he said: “Watching a few sunsets. I haven’t seen one of those at all for a very long time. Watching the stars, feeling the sand under my toes. The little things.”

“You realise it is those little beautiful moments of life that are really precious, and spending time with my family of course. That’s what’s important, not the big issues.”