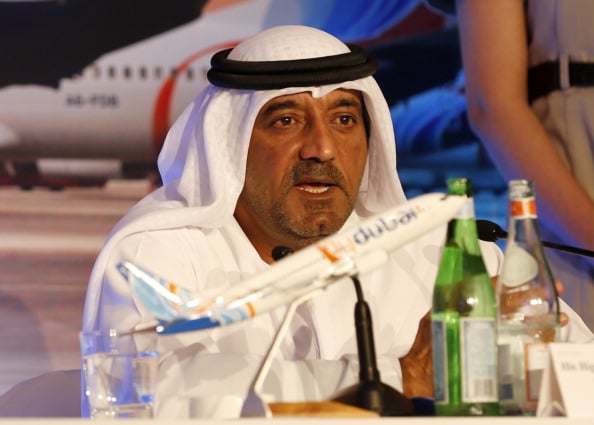 European planemaker Airbus should do a better job selling its A380 superjumbo, according to Emirates, the aircraft’s biggest buyer and most vocal supporter within the airline industry.

Airbus, facing a shortage of sales, is increasingly focused on a potential new version of its smaller A350 and has shelved a plan to put new engines on the A380.

Emirates has ordered 142 of the A380s, of which 75 are in operation, and has used the aircraft to ease runway constraints at its Dubai hub.

“It’s their (Airbus’s) decision … I think they will continue producing this aircraft,” Sheikh Ahmed told reporters at a travel conference in Dubai.

“They have really to push their sales team to do much better, especially now the aircraft has been in the market for the last eight years. We should be making it easier for them to sell it to the others.”

Emirates carried 51 million passengers in the 2015 calendar year and Sheikh Ahmed forecast this would increase to about 55 million in 2016, while load factor would rise slightly to 80-81 per cent from 79 per cent in the last calendar year.

Abu Dhabi-owned rival Etihad has bought stakes in several other airlines including India’s Jet Airways, Air Berlin and Alitalia, but Sheikh Ahmed said Emirates had no plans to do anything similar.

“No, we would always want to work solely,” he said.

“You’ve got to understand that with the number of aircraft we receive per year, it would be very difficult for me to manage the airline business … also solving someone else’s problem because we bought equity.”

A plane operated by Flydubai, Emirates’ sister low-cost carrier of which Sheikh Ahmed is also chairman, crashed in Russia last month. Initial investigations indicated pilot error was a likely cause.

“When it comes to safety, there is no cutting costs,” added Sheikh Ahmed. “We have a risk management fatigue department where they look all the time at issues, things we hear about. We try to mitigate any risk that can happen.”